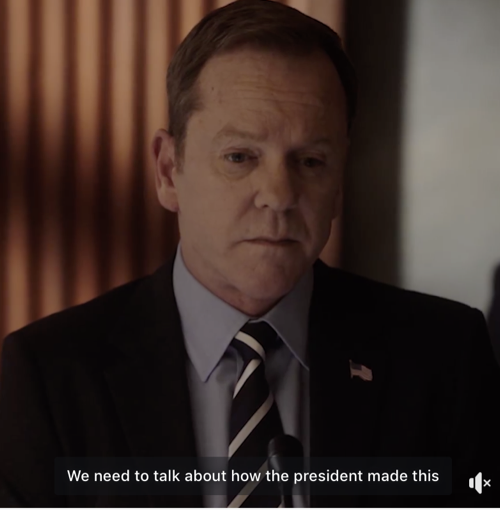 Kirkman had to go to court to defend his fitness as President. He had recently lost his wife and had needed to go to a therapist to help him through his grief, however, there were some that believed his grief might have affected his mental capacity. They questioned whether or not Kirkman was fit to plunge the country into war because he hadn’t gone through the proper channels. Kirkman hadn’t contacted NATO or any of their allies about going to war and he had entered into a war based on flimsy evidence. He and his cabinet had been informed that their country didn’t have enough evidence to prove that Kumani had been behind a dirty bomb attack and still Kirkman chose to enter a war.

Kirkman had told his people at the time that the country had been attacked and that the response in such a scenario meant they had to hit back ten times harder. Hence, why he decided went to war in the first place! The war in itself revealed that they had been right about the Kumani government and that the former dictator of the country had also been responsible for several other crimes against the United States government. Meaning Kirkman had been right to go to war and so he didn’t see why that was suddenly being thrown back into his face. He went to court and he had to sit back and listen while everyone in his life was questioned by Ethan West. West claimed he wanted to find the truth and yet he soon made court proceedings look like a witch hunt.

Kirkman’s therapist was called to give testimony and he was questioned over stolen tapes. Dr. Louden had had his tapes, that was supposed to be only for his hearing, stolen and then someone published those stolen tapes. Those tapes were in the early stage of Kirkman’s therapy and detailed how he doubted himself. The President had questioned if he was fit to be President and so West threw his own words back at him. He asked Dr. Louden if Kirkman was fit and the doctor wouldn’t play into his game. The doctor said Kirkman was fit and White House’s legal counsel had also gone a step further. Kendra Daynes asked Dr. Louden had shown signs of improvement and the doctor said “yes”. He admitted the president was getting much better thanks to therapy.

Then with the doctor out of the way, West tried to go after the men and women that worked directly for the President. He called Aaron to ask him how Kirkman came to the decision to go to war and Aaron hadn’t held anything back. He mentioned that Kirkman had unilaterally made the decision by himself and that it turned out to be the right one. So West asked Aaron if a rational man would have plunged his nation into war and Aaron was much more careful with that answer. He said it wasn’t an easy decision to order the death of a regime and that it didn’t necessarily have anything to do with rationality. Even Kendra had followed up on that by saying if every president that went to war was irrational then some of the nation’s greatest presidents were irrational and Kirkman was in good company.

Except West didn’t end things there. He had accidentally run into the President’s brother and had been warned that if he actually knew Kirkman that he would shake his hand, so that got West thinking and he decided to call into question all of the Kirkman’s relationships. That included his relationship with Andrea Frost. Frost was considered a good friend of Kirkman’s and so she was asked if the President ever questioned himself and she replied that he did. He told her that he felt lost after he lost his wife and Frost didn’t hold back from revealing the whole conversation though it seems she didn’t have to give testimony. West hadn’t been planning on calling her to the stand until he received a mysterious letter that told him she had something to say.

West didn’t know where that letter came, however, Hannah thought that might have been from Frost. Frost of suspected of the criminal hack on the US government and Hannah also believed Frost could several people to cover up her crime, so Hannah had wanted to bring in Frost for questioning and Kirkman wouldn’t allow it. He thought there wasn’t enough evidence to pull off such a stunt and told his entire team to leave her alone while he deals with the cabinet as well as the that year’s government budget. The senators that had agreed to certain things for the budget had suddenly backtracked when it was leaked that Kirkman might not be the President for much longer. And so Kirkman played hardball.

Kirkman told them he had his Vice President agree not to sign the budget until everything they wanted was tied to the said budget and so he warned the senators that if the government was forced to shut down – everyone would know who was responsible. So the senators eventually caved and the whole experience reminded Kirkman that he didn’t ask for the job. He actually never wanted and was doing it because it was his duty. Kirkman realized that was what he had to say to the cabinet after their witch hunt went on so long that they managed to force his own brother Trey to admit he was diagnosed with Bipolar Disorder. His brother getting hurt like that had been enough for Kirkman and so he went on the stand.

Kirkman told him that he was a flawed man and that it didn’t affect the job because there really was no preparation for someone in that job. He told them that he hadn’t changed since they first met and thankfully several members of the cabinet agreed. They later went to him to say that the cabinet agreed to keep him as President because the man they saw on the stand was someone they could believe in.

So Kirkman won, but it had come at a cost and he later was forced to talk to Hannah.

Hannah had believed in Frost’s guilt so much that she accosted Frost in public and humiliated her.

Hannah had done all of that because she had gotten tired by then of losing people close to her and unfortunately that had affected her job, so Kirkman later had to let her go because she was no longer fit to work in his administration!