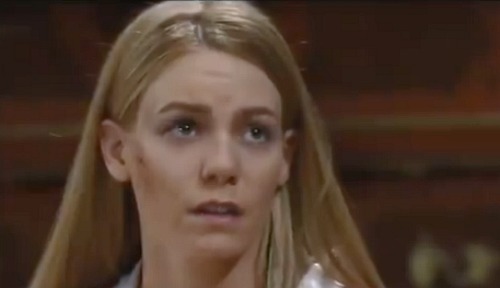 General Hospital (GH) spoilers tease that Nelle (Chloe Lanier) will feel like her dreams are coming true. However, things can shift pretty quickly in Port Charles. Before she knows it, Nelle’s life could turn into a total nightmare! Let’s look at a few bombshells that are headed Nelle’s way.

1. Nelle’s past comes back to haunt her

GH fans know Nelle’s past is complicated and filled with drama. You’d think she was 80 based on how many scandals she’s been involved in. Nelle’s apparently lived a very full and wild life in her twentysomething years. Somebody from Nelle’s history is about to reenter the picture, so she’d better be ready for trouble. 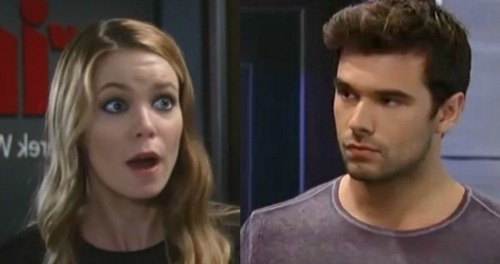 We should also note that Chase’s (Josh Swickard) link to someone in PC will be exposed soon. It’s possible Chase and Nelle are connected. He may have known her or even investigated her in Florida. If not, maybe Chase’s father could be the person Nelle’s tied to. Gregory Chase (James Read) will debut on June 6, so it’s possible Nelle got on his bad side once upon a time.

2. Spinelli’s closing in on the truth

Spinelli (Bradford Anderson) could also cause major problems for Nelle. He’s investigating her for Jason (Steve Burton) and that can’t be good news. General Hospital viewers know Spinelli never lets his buddy down if he can help it! Spin’s hoping to prove Nelle bought the scarf that spooked Carly (Laura Wright). He may be able to find some other stunning evidence, too. 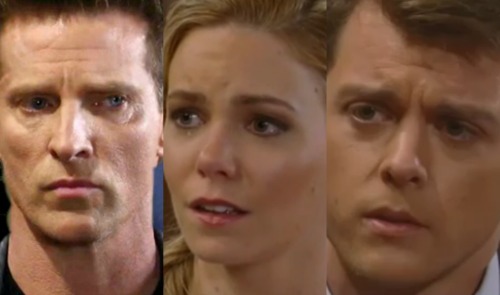 3. Michael tries his hand at scheming

Nelle’s obviously been the schemer throughout her relationship with Michael (Chad Duell). She’s always cooking up tall tales and plots to get what she wants. Now it’s Michael’s turn to be manipulative. He’ll show off a colder, calculating side in he weeks ahead. Thanks to Michael’s typically sweet disposition and a couple of crucial fibs, Nelle should never see his sneak attack coming.

4. Nelle’s forced to cross the line

General Hospital spoilers say Nelle will ultimately feel like she’s backed into a corner. It’s clear that Nelle doesn’t do well under pressure. She tends to make impulsive decisions, so that could easily happen this time around. After some new Carly shockers play out, Nelle will fear that her plan’s falling apart. As she tries to save her scheme, Nelle just might go too far and blow it.

It sounds like General Hospital has some fun material in store. We’ll give you updates as other GH details emerge. Stay tuned to the ABC soap and don’t forget to check CDL often for the latest General Hospital spoilers, updates and news.