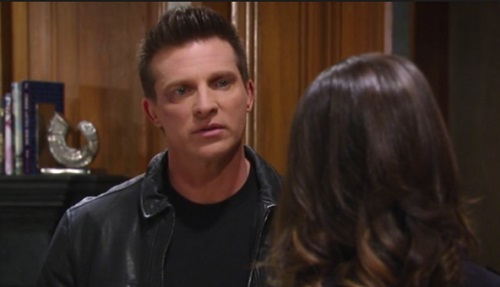 General Hospital (GH) spoilers tease that Jason (Steve Burton) will continue to ponder Anna’s (Finola Hughes) secret. He knows she’s hiding something, but he’s not sure what just yet. Anna gets a bit choked up every time she tries to explain. She always insists that she can’t divulge her news, but she’s promised that it won’t affect her cooperation on this case.

That’s mostly been true so far, but things could change as the Heinrik hunt revs up. General Hospital spoilers suggest that real progress will be made soon. The closer Jason gets to Heinrik, the more worried Anna will be.

Perhaps that’s one reason why Anna wants Emma (Brooklyn Rae Silzer) to stick with them in Switzerland. She may fear that they’ll stumble across Heinrik while they’re over there. If that happens, having a kid around could work in Anna’s favor. Jason will be less likely to pump a bullet in Heinrik if Emma’s around to watch.

Of course, this trip is mainly about following the book money. Since Heinrik is Peter (Wes Ramsey) and Peter’s in Port Charles, the Switzerland trip probably won’t bring the big showdown. Nevertheless, General Hospital can’t avoid the fierce faceoff forever. At some point, this GH storyline has to explode! 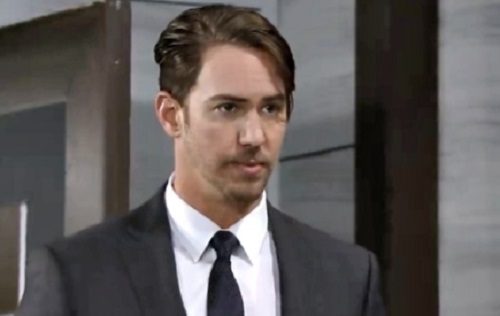 Jason will eventually get a huge piece of the puzzle and prepare to unleash his wrath. If he learns who Heinrik really is, he may be hesitant to divulge that info. Jason may believe Anna’s just going to stop his vengeful mission. He might decide to keep quiet and move forward on his own.

However, Anna will be watching Jason like a hawk. She may sense that Jason knows the truth and push him to reveal it. If Jason puts up a fight, that could force Anna to expose her secret. General Hospital spoilers say Anna will come clean on April 23. Will she confess that she’s Heinrik (aka Peter’s) mother and beg Jason to go easy on him?

Anna will be desperate to protect her son from “Stone Cold,” so she’ll have to do something drastic! We’ll give you updates as other GH details emerge. Stay tuned to the ABC soap and don’t forget to check CDL often for the latest General Hospital spoilers, updates and news.

Lulu’s getting mixed messages from Peter about her Henrik-centric editorials. Tune into an exciting, new #GH – STARTING NOW on ABC! pic.twitter.com/TU3236AUAL