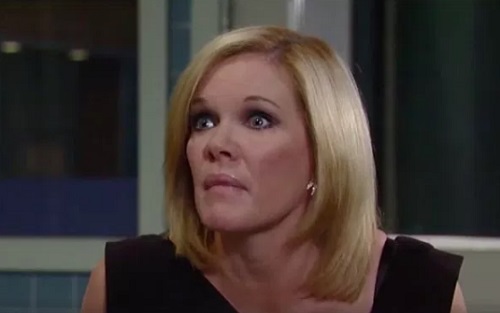 General Hospital (GH) spoilers tease that Ava (Maura West) could be setting herself up for major relationship drama. She had no business looking at those DNA results, but she just couldn’t resist. Now Ava has a secret and that could spell serious trouble for her romance with Griffin (Matt Cohen).

Of course, Nelle (Chloe Lanier) will inevitably play a role in Ava’s suffering. GH fans know Nelle tends to cause turmoil everywhere she goes. It’s only a matter of time until Ava regrets befriending Nelle and turning a blind eye to her shady plans.

On April 16, Nelle will do something that rattles Ava. She’ll manage to manipulate Ava’s mind a bit, so there are a couple of possibilities here. For starters, Ava could mention her test results secret and get Nelle’s opinion. Perhaps Nelle will plant a dangerous idea in Ava’s head. She could suggest that Griffin got someone else pregnant and that’s what the paternity test was all about. 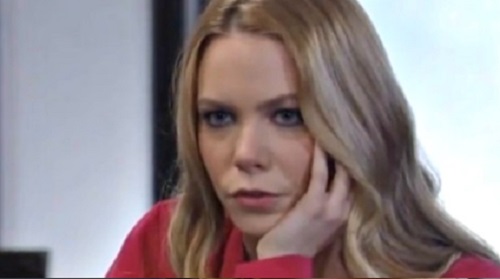 There’s also a chance that Nelle will make Ava her next Morgan (Bryan Craig) haunting victim. That might throw off any suspicions that Carly (Laura Wright) or Sonny (Maurice Benard) might develop. Plus, it would leave Carly even more convinced that all this is real. She’d feel vindicated if someone else started experiencing some of the eerie things she’s been dealing with.

As for Sonny, he would have doubts since it’s Ava and he doesn’t trust her. This could play right into Nelle’s scheme. Whatever the case, Ava will lean on Griffin for support soon. He’ll be firmly in Ava’s corner on April 20, but he may change his tune once he finds out about her betrayal.

If Griffin learns Ava peeked at the results, it could set the stage for a bigger blow. Griffin could forgive her, but a worse problem may be looming. Nelle’s only goal is locking down a future with Michael (Chad Duell). Ava has offered plenty of warnings about going too far, but Nelle just can’t help herself.

General Hospital spoilers suggest that Nelle’s going to need a backup plan eventually. She may already have one in the works! When Nelle sees that everything’s about to go south, she could suddenly pipe up with accusations against Ava. Nelle could present some phony evidence and argue that Ava’s been seeking revenge on Carly.

Between the test results incident and the Carly allegations, Griffin may wash his hands of Ava. He might decide he was wrong about her after all. Do you think Griffin and Ava are headed for a split? We’ll give you updates as other General Hospital news comes in. Stick with ABC’s GH and don’t forget to check CDL often for the latest General Hospital spoilers, updates and news.

“If they find a body, I’m compromised.” #GH55 pic.twitter.com/hBoks7MrLv