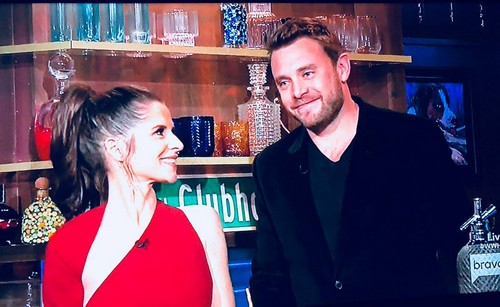 General Hospital (GH) spoilers reveal that Billy Miller (Drew) and Kelly Monaco (Sam) have a big event coming up this Saturday. They’re in New York City for Killy Live, so they’re getting the word out this week. Monaco and Miller even stopped by Watch What Happens Live to do a little promoting. They stepped behind the bar to whip up some drinks and chat with Andy Cohen.

Miller and Monaco’s interview brought plenty of laughs. They covered several topics throughout the conversation. For starters, Monaco was asked about her time on Dancing with the Stars. She emerged victorious in the first season of the show, so that’s always something people want to know about. Monaco joked about the trophy falling apart since she’s had it for so long.

GH fans know Miller has a great sense of humor as well. He was asked about GH viewers during the after-show portion of the program. Cohen wanted to know if soap fans are vocal on social media.

Miller replied, “Vocal? Vocal?! Scary sometimes!” He quickly added that people can be uplifting, but there are definitely some crazy ones out there. Miller made stabbing motion and mimicked the music from Psycho. He suggested that some viewers act like they want to kill him.

Any soap fan with a Twitter or Facebook account knows Miller’s right about the crazies! It’s wise to keep in mind that Port Charles is fictional and so are the characters who live there. Opinions are fine, but nobody needs to take things too far with vicious attacks on General Hospital cast members.

Monaco was also asked about some characters that Cohen remembered. He called himself an “old-timer GH watcher,” so he wanted to know if Robert Scorpio (Tristan Rogers) was around. Monaco said, “He’s alive.” Cohen asked about Bobbie (Jackee Zeman) next. Monaco indicated she was also alive and joked about the Nurses’ Ball being where they get the old-timers back. 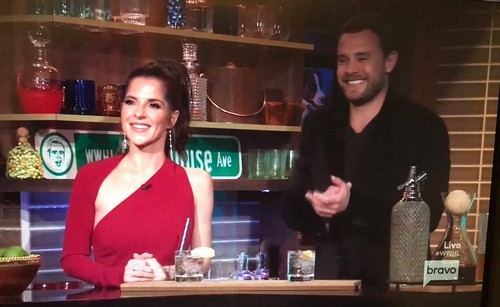 Of course, Monaco soon realized that didn’t come out quite right. She covered her mouth in embarrassment and added, “Not that they’re old-timers! I’m an old-timer! I’ve been there almost 20 years, so I’m an old-timer.” Most GH fans won’t hold the slipup against Monaco. They’re bound to happen when you’re doing a live interview.

A: Are soap fans as vocal on social media?