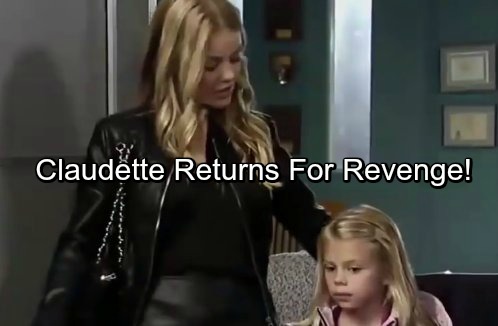 General Hospital (GH) spoilers reveal that Valentin (James Patrick Stuart) has a big problem on his hands. Technically, he has several problems! Valentin is one smooth criminal, but he’s not untouchable. His actions could come back to haunt him soon, so viewers are in for a wild ride.

The Cassandra (Jessica Tuck) saga brought some surprising twists at the end. It looked like Finn (Michael Easton) was to blame for Cassandra’s overdose, but GH pulled a fast one. A series of flashbacks explained that Nina (Michelle Stafford) did the deed and Valentin helped her cover it up.

Of course, this gives the couple a terrible secret to keep. Valentin will do everything in his power to protect Nina, but an unexpected threat could emerge. He deleted the picture of Claudette (Bree Williamson), but he’s dreaming if he thinks that’s the end of it. Getting rid of a photo certainly won’t take care of the issues Valentin’s facing.

Now that Cassandra’s gone, General Hospital spoilers say things could get interesting. Cassandra was the kind of gal who covered all her bases, so she must’ve had a contingency plan in place. In the event of her death or incapacitation, Cassandra may have left specific instructions for someone. Valentin may have no idea what his wife’s unleashed. It sounds like Nina’s move could prove costly! 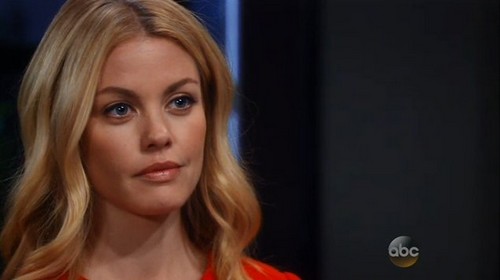 There’s a good chance Claudette’s return is imminent. Cassandra may have ordered a minion to make sure Claudette has her shot at revenge. Naturally, Cassandra would view it as her revenge as well. Nina’s role in what happened to Cassandra could easily come back into play. Valentin could also be at risk thanks to his cover-up.

Claudette’s comeback could really make life difficult for Valentin. He might form a murder plot, but she could strike first with major ammunition. If Claudette has Cassandra’s resources behind her, Valentin could soon be shaking in his boots. Claudette might score evidence she can use against Nina. She could easily turn Charlotte (Scarlett Fernandez) against Valentin, too.

Are you hoping Claudette will come back and wreak havoc? Do you want Valentin to finally suffer for some of his crimes? We’ll give you updates as other General Hospital news comes in. Stay tuned to ABC’s GH and don’t forget to check CDL often for the latest General Hospital spoilers, updates and news.