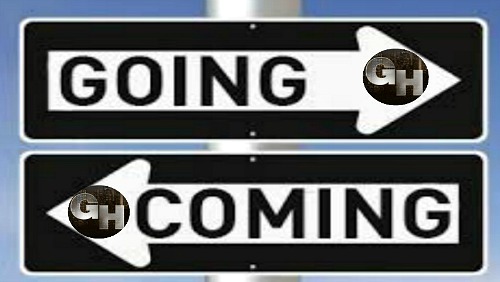 General Hospital (GH) spoilers reveal that there are some comings and goings news to pass along. First, let’s talk about the latest actress swap. Kirsten Storms had the flu a while back, so Molly Burnett stepped up to play the role of Maxie briefly. GH has relied on Burnett as a temporary recast in the past, which means this is a piece of cake for her. She’s a great substitute since we can’t have the real deal.

Burnett popped up in the role on Friday and earned praise from many General Hospital fans. She had to do some very emotional scenes and she certainly pulled them off. The only downside was that Burnett’s Maxie held baby James for the first time. That moment would’ve made more of an impact with Storms in the role, but GH couldn’t predict her illness. They just had to roll with it!

Fortunately, Storms’ Maxie will have her chance to hold James on screen soon. This was just a two-episode break, so Burnett will conclude her stint on Monday. General Hospital spoilers say things will get back to normal after that. GH viewers can look forward to the usual Maxie returning to all the drama.

Some soap watchers might recognize Burnett from her work as Melanie on Days of Our Lives. It turns out General Hospital has added another Days alum to the cast. James Read will play Gregory Chase starting Wednesday, June 6. Gregory is Finn (Michael Easton) and Chase’s (Josh Swickard) father, so you can expect some tense moments for this dysfunctional family.

In other GH news, it sounds like Drew Cheetwood is headed back to the show as Milo. Word has it he’ll be filming some new scenes this week, so it won’t be long until Milo’s helping Sonny (Maurice Benard) out again. It should be fun to see what kind of chaos Milo’s involved in this time.