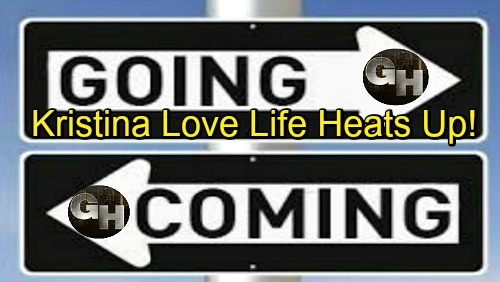 General Hospital (GH) spoilers tease that we’ve got some comings and goings news to pass along. First, let’s talk about an adjustment in the GH schedule. It affects Genie Francis’ return as Laura, so it’s important to fill everyone in.

Thursday’s preemption bumped Laura’s first episode back, which means we won’t see her until Monday. She was originally set to air for the Friday cliffhanger, but GH will just have to switch it up. At least we’ll get exciting kickoff to the week of October 1-5!

Monday’s episode will only bring a quick popup, so it’ll be Tuesday’s new GH episode, October 2, before we see the real drama. That’s when Laura could develop a few suspicions about “Kevin” – who’s actually Ryan (Jon Lindstrom) at the moment. General Hospital spoilers say Ryan will stumble a bit as he tries to navigate his brother’s marriage.

Unfortunately, Laura won’t have any idea that the real Kevin is stuck at Ferncliff. Since she’s been away helping Spencer (Nicholas Bechtel), she’ll just think she needs to put the spark back in her romance. Speaking of Spencer, he’ll be returning to General Hospital as well. Perhaps Spencer will play a role in uncovering Ryan’s true identity. GH fans know Spencer’s smart enough to solve the mystery!

We should also discuss a new character who recently debuted. You might’ve noticed a woman named Daisy at Charlie’s Pub. She was determined to hand out plenty of concert fliers and really get the word out in Port Charles. Kelsey Wang is the lovely actress who scored this part.

Kristina (Lexi Ainsworth) took a flier and eventually introduced herself to Daisy, so these two could become friends – or maybe more. Now that Kristina’s single, she’ll be looking for a new love interest. Of course, Daisy could easily be used to jumpstart a different romance.

Many GH viewers are still hoping Kristina and Valerie (Brytni Sarpy) will get together, so Daisy might spark some jealousy or even set them up. She seems like the kind of gal who gets stuff done! As for Valerie, General Hospital spoilers say she’ll get some big news on October 2. It sounds like her detective dream will become a reality this week.