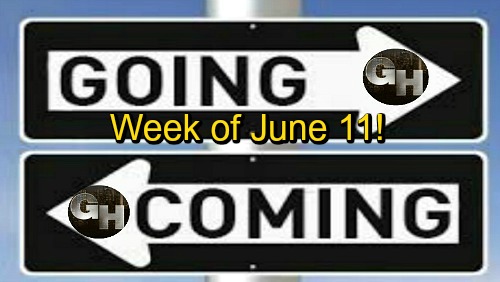 General Hospital (GH) spoilers reveal that there are some comings and goings news to pass along. For starters, let’s talk about a comeback. Lily Fisher will return as Georgie Spinelli on this week’s new GH episodes, June 11-15. Maxie (Kirsten Storms) and Spinelli’s (Bradford Anderson) daughter will undoubtedly be on hand to meet her new little brother, James.

As Maxie goes through all kinds of first moments with her baby, she’ll definitely miss having Nathan (Ryan Paevey) around. Georgie’s visit should lift Maxie’s spirits a bit. It should be nice to get some sweet family time for Maxie, Georgie, and James.

Maxie will also get some support from Chase (Josh Swickard), so GH fans are already wondering about the possibility of a new pairing. It’d be awfully soapy if Maxie got together with Nathan’s PCPD replacement. Maxie would naturally have reservations. No one could ever fill Nathan’s spot in her heart, so the thought of falling for Dante’s (Dominic Zamprogna) new partner could be tough to accept. 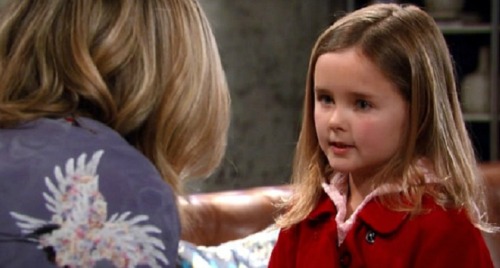 Plus, Maxie would struggle over Chase having the same dangerous career. There’s a lot of potential for great drama here, so we’ll see what happens down the road. In the meantime, Maxie will continue to wrestle with her feelings for Peter (Wes Ramsey). Robert (Tristan Rogers) left Port Charles to help out with the hunt for Heinrik, but General Hospital spoilers say he’ll be back.

Peter’s currently stuck with Liesl Obrecht (Kathleen Gati) at a secluded cabin, but he’ll get free one way or another. After that, Robert should try once again to lock Peter up. He’ll need to be in town for that fight, so that’s something to look forward to.

Of course, there’s a good chance Peter will wiggle out of trouble in the end. Perhaps Anna (Finola Hughes) can somehow work her magic and fix this for her son. It might help Anna and Peter start to bond, but working through their issues won’t be easy.