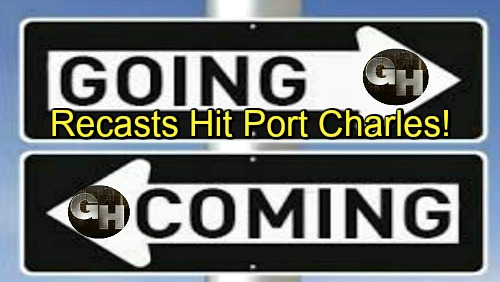 General Hospital (GH) spoilers tease that we’ve got some comings and goings news to pass along. For starters, GH fans recently had to say goodbye to a Port Charles schemer. Nelle (Chloe Lanier) was hauled off to jail after one last confrontation with Carly (Laura Wright). She’s facing plenty of charges, so Margaux (Elizabeth Hendrickson) feels confident Nelle will be locked up for quite some time.

However, Margaux may be underestimating just how resourceful Nelle can be. This is her worst jam yet, but it’s not an insurmountable obstacle. Nelle’s definitely the kind of gal who could escape or find a hotshot lawyer to get her off the hook. She never gives up and that’s always been one of Nelle’s best qualities.

Chloe Lanier showed her appreciation for GH viewers on Twitter and promised there’d be more to come from Nelle one day. She tweeted, “Thank you to all of my passionate and lovely @GeneralHospital fans !!! I love you from the bottom of my heart. Thank you for helping make the past two years some of the best of my life. Also…Nelle isn’t dead. She isn’t done.”

In other GH news, the ABC soap decided to recast a recast! Cade McWatt recently took over the role of Cameron and appeared in a couple of scenes in July. However, General Hospital ultimately chose to go in a different direction. William Lipton debuted in the role on August 10, so now you know what’s up if the newbie with Josslyn (Eden McCoy) left you scratching your head.

Speaking of recasts, GH went on the hunt for a new Jordan. Since Vinessa Antoine is leaving the show, they were anxious to find someone who could fill her shoes and keep the drama going strong. Briana Nicole Henry is the talented actress who won the part. She’ll be on set to tape her first scenes this month, so that’s fantastic. Everyone will be curious to see Henry’s spin on Commissioner Ashford.

Henry also portrayed Esmeralda on The Young and the Restless back in 2013-2014. The role wasn’t all that substantial, but she’ll have a chance to do more with the significant character like GH’s Jordan. General Hospital spoilers say Henry will jump right in with an exciting storyline, so stay tuned.