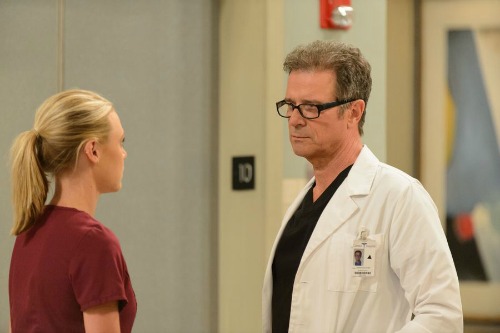 General Hospital (GH) spoilers reveal that dirty Dr. Bensch (James DePaiva) is collecting ammo to use against Kiki (Hayley Erin). If she comes forward with accusations, Dr. Bensch will be ready to discredit her. He’s also giving off major stalker vibes. Dr. Bensch claims he didn’t arrange for Kiki to shadow him, but we all know that’s a lie. He’s hiding behind this shadow program to keep Kiki close.

Each phase lasts four weeks, which gives Dr. Bensch plenty of time with Kiki. Not only does he show signs of stalking, he’s also an abusive control freak. Dr. Bensch was quick to sing Kiki’s praises when he thought sex was on the table. Now that Kiki has rejected him, he’s chewing her out every chance he gets and jerking her around emotionally.

This is clearly taking a toll on Kiki, but it seems she’ll press on for now. She doesn’t feel like she has a choice. Kiki should’ve turned Dr. Bensch in right away for sexual harassment, but she probably feared that no one would believe her. She also knows Dr. Bensch may have the power to ruin her career.

When it comes to sexually harassing young women at work, this probably isn’t Dr. Bensch’s first rodeo. He may have passed his background checks at GH, but that doesn’t mean he’s innocent. A private investigator could probably turn up buried secrets. If Dr. Bensch was rejected by other med students, he may have intimidated them into staying quiet like Kiki.

Discrediting sexual harassment victims is unfair, but it’s a common practice to win a case. The lawyers who employ this tactic are clearly bullies like Dr. Bensch. The creepy doc may hire one and hand over his bogus evidence. General Hospital fans will recall that Dr. Bensch kept Kiki’s voicemail. He had a determined look in his eye as he saved the crucial message.

Dr. Bensch also smirked while watching Griffin (Matt Cohen) hug Kiki. They’re close friends, so it’s perfectly normal for them to embrace. Nevertheless, Dr. Bensch could easily snap a pic the next time Griffin’s comforting her. He could use that to suggest Kiki’s been making her moves with docs all over GH. 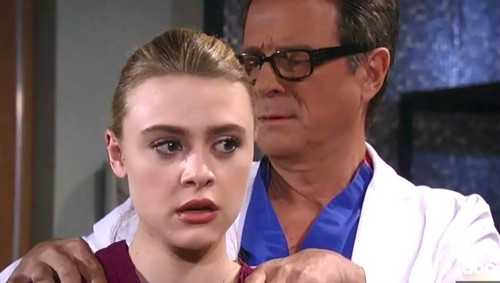 Dr. Bensch is lucky that only Griffin’s involved at this point. If Mama Bear Ava (Maura West) or surrogate father Franco (Roger Howarth) are brought in the loop, Dr. Bensch had better watch out! He’ll inevitably pay the price for his actions one way or another.