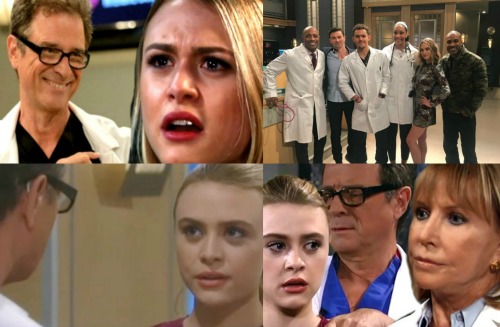 General Hospital (GH) spoilers tease that Kiki (Haley Erin) has more trouble headed her way. She recently called Dr. Bensch (James DePaiva) and asked him to meet up. Kiki was furious over that inappropriate kiss, so she wanted to address it. She insisted that his behavior was inexcusable, but Dr. Bensch argued that it was all a big misunderstanding.

Obviously, that’s a lie. Dr. Bensch knew what he was doing when he recommended Kiki for that shadow program. That’s why he was gloating about being the deciding vote. Like Kiki pointed out, Dr. Bensch expected kisses – and perhaps more – as payment.

Now Kiki’s got a difficult choice to make regarding the program position. She seems to be leaning toward backing out. The whole thing’s been tainted by gross Dr. Bensch and his pushy lips. Kiki won’t want to hold her career back, but how can she just stick to the plan and pretend nothing happened?

Dr. Bensch urged Kiki to forgive him and accept that she earned the spot. He promised to resume a more professional relationship, but he’d say just about anything to save himself from scandal. After Kiki left, Dr. Bensch looked as creepy as ever. He was careful to save her message about meeting to discuss last night. It’s clear that the doc’s cooking up a scheme and it could mean bad news for Kiki! 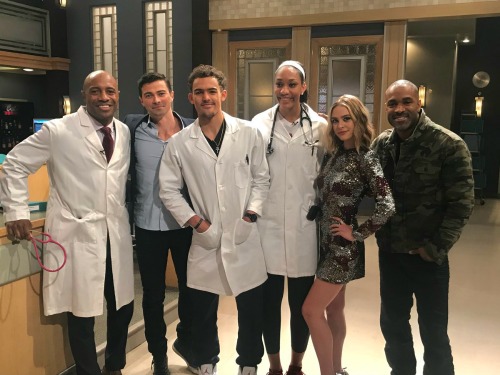 We should also mention that some new doctors will debut on Friday, April 6. A’ja Wilson will portray Dr. Nash and Jay Williams will play her husband, who also happens to be a hospital board member. Plus, Trae Young will appear as Dr. Bennett. Since GH wants several docs around, they’re undoubtedly gearing up for a shocker.

Dr. Bensch may decide he can’t risk letting Kiki blab. Even her just rejecting the spot would be an embarrassment and stir up suspicions. General Hospital spoilers hint that Dr. Bensch might beat Kiki to the punch. Before Kiki can turn down the shadow program, he may kick her out of it with horrible lies.

Will Dr. Bensch publicly accuse Kiki of offering sexual favors? It makes since considering we’ve got all these extra doctors. Kiki may be forced to defend herself and hurl accusations right back at Dr. Bensch. It’ll be his word against hers, so things could get tricky. That voicemail could get twisted and make this situation even worse for poor Kiki.

Regardless, General Hospital fans can expect a good dose of chaos! We’ll give you updates as other GH details emerge. Stay tuned to the ABC soap and don’t forget to check CDL often for the latest General Hospital spoilers, updates and news.