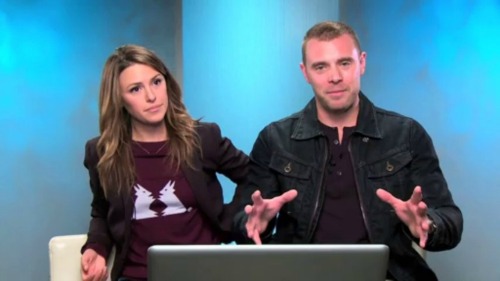 General Hospital (GH) spoilers tease that Drew Cain (Billy Miller) will bump into someone significant. He’ll encounter Margaux Dawson (Elizabeth Hendrickson) on a new GH episode July 24, so this could be the beginning of a new pairing. Of course, one meeting doesn’t make a love story. This relationship will need time to simmer and develop, but every romance has to start somewhere!

We shouldn’t get too far ahead of ourselves, but this is clearly a planned chem test. If you were a fan of Miller and Hendrickson’s characters on The Young and the Restless, you already know they have chemistry. They were even romantically linked in real life, so sparks can clearly fly when the need arises.

However, stuff changes from soap to soap and character to character. Drew isn’t Y&R’s Billy Abbott and Margaux isn’t Y&R’s Chloe Mitchell. It’s been years since they’ve interacted on screen anyway, so GH has to make sure they’ve still got the magic.

It could be tough to tell much at first. After all, Margaux is awfully cold and reserved. Drew’s been a bit mopey lately as well, so there’s no way to predict what this encounter will look like. Still, we should know if there’s some sort of sizzle. A little onscreen pop is all we need right now! The rest can grow from the initial spark.

It’s easy to imagine Drew helping Margaux out during their first meeting. If they literally run into each other, there could be some dropped papers to pick up. Margaux may apologize for not watching where she was going. Drew could pitch in on cleaning up the spill and introduce himself. Anything that gives these two a chance to interact will work.

Some General Hospital viewers are very opposed to this coupling, but others are ready for something fresh. If GH is going all in on Sam McCall (Kelly Monaco) and Jason Morgan’s (Steve Burton) reunion, Drew will need a new love interest. Since things are falling flat with Kim Nero (Tamara Braun), Margaux may be the best option.