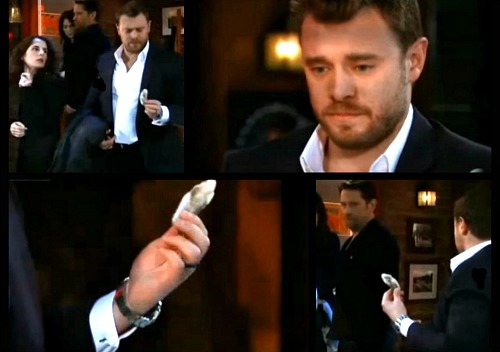 General Hospital (GH) spoilers tease that Drew (Billy Miller) will feel like Franco’s (Roger Howarth) holding out on him. He doesn’t trust Franco (Roger Howarth) anyway, but an encounter with Jim Harvey (Greg Evigan) really revved up his suspicions. Drew wondered why Franco had failed to mention Jim and his Betsy (Deborah Strang) ties. He could be on the verge of something big here.

After Franco dropped the rabbit’s foot from his childhood, Drew picked it up and look perplexed. It was almost like he could sense his connection to it. The same thing happened when Drew first met Kim (Tamara Braun). Drew can’t remember his past thanks to the memory mapping study, but everything’s in there somewhere. He can’t always put his finger on it, but he knows when there’s a link to his history. 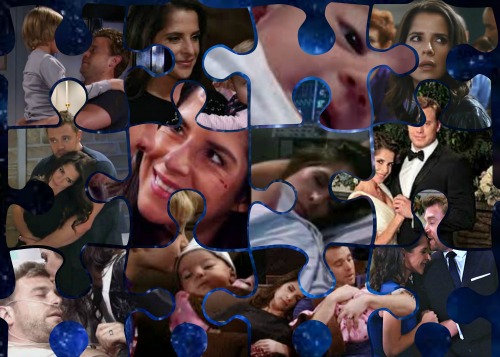 General Hospital spoilers say Drew will follow a hunch in Monday’s GH episode. Franco will do his best to avoid Drew, but that plan won’t work out. Drew will quickly pick up on Franco’s goal. He’ll corner him and try to figure out what Franco might be hiding.

Drew’s known Franco long enough to realize when something’s up. He’ll suggest that if Franco knows more than he’s been saying, he should spill it. Drew might mention the rabbit’s foot and ask what its significance is. He’ll have a feeling Franco carries it around for a reason. 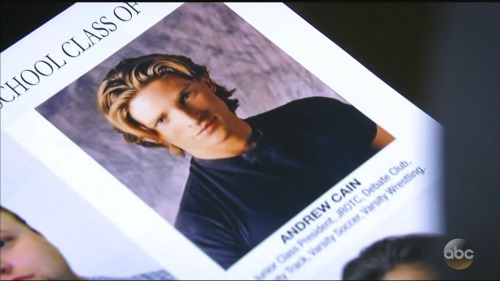 This is about more than a lucky charm, so Drew’s on the right track. Now that he’s touched this keepsake, it could mark a turning point. Sam (Kelly Monaco) insisted that Drew might be able to recall his past on his own. Drew didn’t have any ideas on how to achieve that, but perhaps he just wasn’t being patient enough. The rabbit’s foot could be the ticket to remembering key information.

Drew may begin to have memory flashes or vivid dreams that connect to his childhood. Will he recall the staircase incident or other useful tidbits? If so, this could lead to memories from later in his life. Drew just needs to get the ball rolling and maybe everything will eventually come rushing back.

Is Drew about to face a memory shocker? Will the details of his surprising past fall into place? We’ll give you updates as other General Hospital news comes in. Stay tuned to ABC’s GH and don’t forget to check CDL often for the General Hospital spoilers, updates and news.