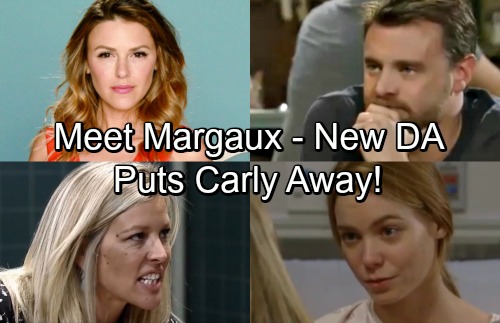 General Hospital (GH) spoilers reveal that new details have surfaced about Elizabeth Hendrickson’s character. It turns out her name’s Margaux and she’ll be thrown into a big storyline right away. GH fans know Carly (Laura Wright) is facing serious charges thanks to Nelle (Chloe Lanier). She’ll face a tough battle as she heads to court and Margaux will be in the center of it all.

Diane (Carolyn Hennesy) will go to war with Margaux, Port Charles’ new district attorney. It should be fun to watch these fierce ladies in action. General Hospital spoilers say Margaux will be a strong, confident woman. This DA always seeks justice and never backs down from a fight. Margaux sounds like the kind of gal who’ll fit right in at GH.

At Diane and Sonny’s (Maurice Benard) urging, Carly will decide to lie and accept some responsibility. She’ll go with an insanity defense, but you can bet she won’t be happy about it. Carly would never in a million years do anything to jeopardize her grandchild’s life. She’ll resent that fact that nearly everyone thinks she delivered the shove.

Nevertheless, Carly will have to suck it up and accept her fate. She’ll be disheartened, but Jason (Steve Burton) will promise that Nelle’s victory won’t last. He’ll plan on getting Carly off the hook as soon as possible. Until then, Diane will focus on selling the insanity angle and keeping Carly out of prison. She’ll push for a mental institution stint instead, but Margaux will undoubtedly object. 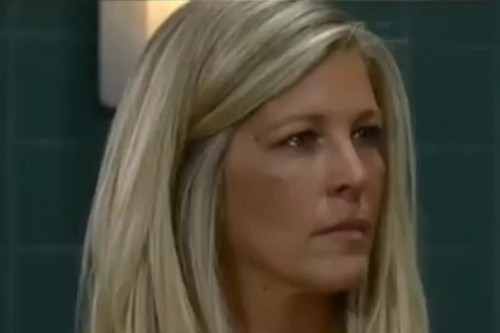 General Hospital spoilers say Margaux will suspect this isn’t the real story. She’ll be right about that, but not in the way she thinks. Carly isn’t truly insane, but she didn’t push Nelle either. Unfortunately, Carly will indeed land in a mental institution and suffer for a crime she didn’t commit.

As for Margaux, she’ll cross paths with Drew (Billy Miller) at some point. Is he part of her past or her future? Perhaps it’ll be both! Regardless, General Hospital spoilers hint that Drew and Margaux could form a hot connection. She may be the perfect love interest for Drew in the months ahead.

Are you excited about Elizabeth Hendrickson’s debut as Margaux? You can catch her first GH episode next week, so stay tuned! We’ll give you updates as other news comes in. Stick with the ABC soap and don’t forget to check CDL often for the latest General Hospital spoilers, updates and news.