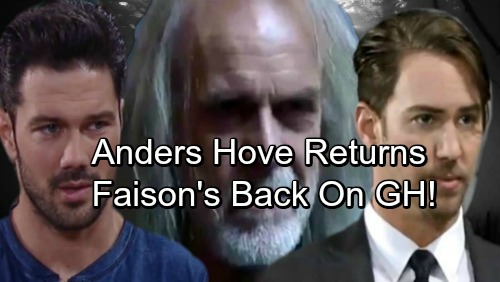 General Hospital (GH) spoilers reveal Anders Hove, who portrays Cesar Faison, is back! Anders doesn’t live in the United States, so when he is in Los Angeles, it is a huge deal. Ian Buchanan (Duke Lavery, GH) posted a photo to his Twitter (which he later deleted) of several GH cast members, enjoying lunch and the caption read, “Happy Days!” This photo is a HUGE clue that Cesar Faison is back in Port Charles and it couldn’t be a better time. Are you excited to see him back?

General Hospital spoilers remind fans that Faison is up to his neck involved in the memory mapping that happened between Jason Morgan (Steve Burton) and his twin brother, Drew Cain (Billy Miller). This umbrella story has massive fallout and many excellent storylines. One biggie is that Faison’s traitor didn’t kill Jason as he supposed to after the memory mapping – but kept Patient Six alive and captive for years after Drew returned to Port Charles. 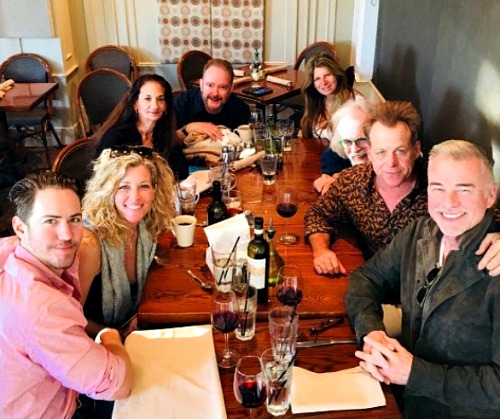 General Hospital spoilers tease that with Faison’s return this could be the time everyone is dreading, as it has been confirmed that actor Ryan Paevey, who portrays Detective Nathan West, is leaving the ABC soap opera. Since we have recently learned that Nathan is indeed Faison’s son, this could mean that Faison is coming for him – especially after Peter encouraged new writer Lulu Falconeri (Emme Rylan) to do an article exposing Nathan’s paternity to the world, hoping to draw the elusive mad man out into the open. 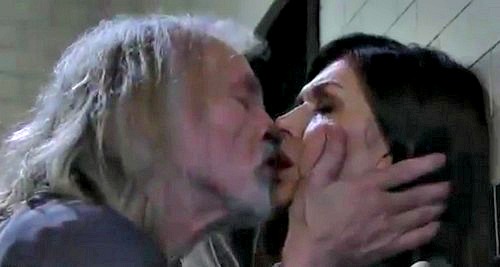 Bringing back Cesar Faison is a brilliant idea as he intertwines with several stories – with core players like Maxie Jones (Kirsten Storms) who will now fear for her husband and unborn baby. Her parents Felicia (Kristina Wagner) and Mac Scorpio (John J. York), who have done battle several times with Faison. Dr, Liesl Obrecht (Kathleen Gati) will have to finally face Cesar and explain why she hid both her children from the man she claimed to love for most of her life. Savvy GH fans won’t forget Anna Devane (Finola Huges) either as she is very likely the biological mom of Peter!

General Hospital spoilers tease that with Faison returning imminent danger finally unite Jason and Drew. Will all of the good guys in Port Charles set their differences aside to save Maxie and her baby? What will happen when Nathan discovers that Peter is his brother and the betrayal he will feel, when he learns that Peter knew the truth and printed the article anyways placing Nathan, Maxie and the baby in danger?

Be sure to tune into ABC’s General Hospital (GH) to catch up on everything happening in Port Charles right now and don’t miss out when Cesar Faison makes his return. Check CDL General Hospital spoilers often for updates, news, rumors and spoilers!