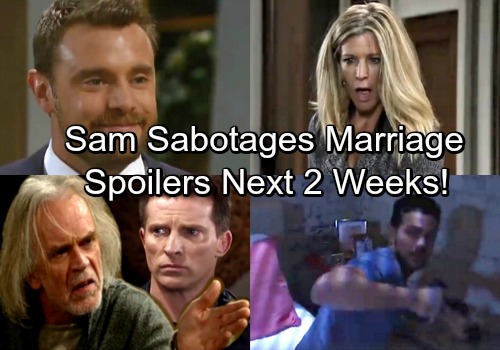 General Hospital spoilers for the next two weeks tease that some chaos is coming up in Port Charles. During the week of January 22-26, we’ll see the hunt for Faison (Anders Hove) heat up. Sonny (Maurice Benard) and Anna (Finola Hughes) will clash over how to go about it, but they’ll be on the same page about bringing Faison down.

Jason (Steve Burton) will be a bit distracted thanks to Sam (Kelly Monaco) and Drew’s (Billy Miller) wedding, but he’ll get his act together soon enough. When Anna realizes Dr. Obrecht’s (Kathleen Gati) missing, they’ll certainly rev up their efforts to track Faison down. Jason and Sonny will show up just in time on Friday, so maybe they’ll come to Dr. Obrecht’s rescue. 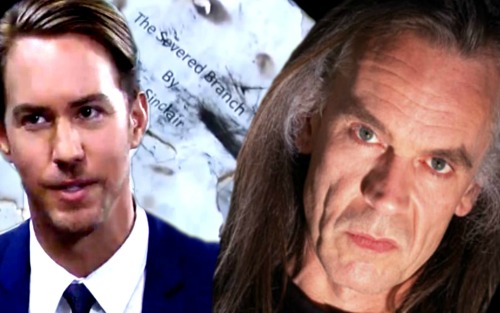 Meanwhile, Lulu (Emme Rylan) will brainstorm. She’ll come up with an intriguing idea, so GH fans will be curious to see what’s ahead. Will Lulu eventually suspect Peter (Wes Ramsey) is Faison’s other son? She knows him better than any of the other major players in this storyline. Lulu may start keeping her eye on Peter, but he’ll be awfully tricky.

Elsewhere, Carly (Laura Wright) will taste both failure and victory. She won’t be able to stop Drew and Sam’s nuptials, but she’ll manage to be helpful to someone else later. That’s big for Carly! She’s normally interfering right and left, so her usefulness will be quite a feat.

The week of January 29-February 2 will kick off February Sweeps and deliver a tough situation for Sam. It looks like she’ll manage to sabotage herself. Sam might let something slip that points to her lip lock with Jason. She didn’t tell Drew the truth about New Year’s Eve, so he’ll have to figure it out eventually. 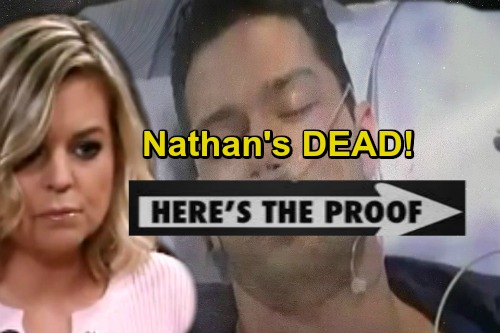 General Hospital spoilers state that Drew will unleash his wrath soon after, so Sam may be in a panic. She’ll do everything she can to convince him of her love. Across town, Valentin (James Patrick Stuart) will offer Nina (Michelle Stafford) a stern warning. He took care of the Cassandra (Jessica Tuck) drama, but he won’t want Nina to let her guard down.

Other General Hospital spoilers say Anna will get some bad news. Perhaps Faison will slip right through her fingers. She’ll blow her top while Sonny opens up to Jason. They’ll still feel like they have a shot at getting what they want, but expect some setbacks.

Nathan (Ryan Paevey) will also believe things are going to go his way. He’ll shower Maxie (Kirsten Storms) with affection and declare his undying love, but their future together will soon be cut short. As CDL revealed, there will be a funeral for Nathan on GH in the near future! We’ll give you updates as other details emerge. Stay tuned to the ABC soap and don’t forget to check CDL often for the latest General Hospital spoilers, updates and news.