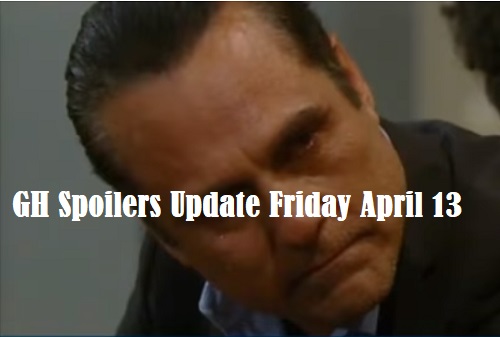 General Hospital (GH) spoilers for Friday, April 13, tease that Carly (Laura Wright) will be ready to get her appointment over with. She just stopped by GH for a checkup with Griffin (Matt Cohen), so she’ll hope he tells her what she wants to hear. Carly will give Griffin updates on the eerie clues she’s encountered. She’ll think Sonny’s (Maurice Benard) ridiculous for acting like this is all in her head.

Carly will insist she didn’t just make up that bloody scarf or the flickering lights in her home. She’ll point out that the phone calls were traced, so she’s not making up that part of the story either. Griffin will still seem a bit concerned about the whole situation. Losing Morgan (Bryan Craig) was incredibly traumatic for Carly, so Griffin may push her into therapy. He might argue that it certainly couldn’t hurt.

Meanwhile, Sonny will get choked up after Mike (Max Gail) has another meltdown. He’ll push his pop a bit too far, so he’ll feel responsible for the drama. Thankfully, Stella (Vernee Watson) will be on hand to get Sonny through it. She’ll urge Sonny to forgive himself when problems arise. Mike’s mind isn’t the same as it used to be, so it’s all about adjusting as his Alzheimer’s progresses. 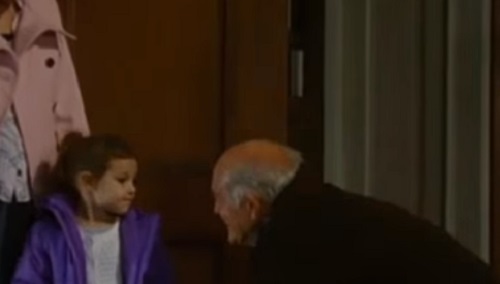 Of course, Mike’s mood can change drastically throughout the day. He’ll have a blowup with Sonny, but he’ll be sweet as pie with Avery (Ava and Grace Scarola) later. General Hospital spoilers say Mike will want to take Avery out for a while, so somebody in the fam might get on board and go with them.

Then again, Mike may be told that it’s not a good time. Regardless, Mike and Avery will indeed hit the road for an adventure. Unfortunately, it won’t turn out very well! GH viewers can expect these two to vanish, so it should spark some panic within the Corinthos family.

Other General Hospital spoilers say surprises await in Switzerland. Anna (Finola Hughes) won her battle with Jason (Steve Burton), so Emma (Brooklyn Rae Silzer) will be with them on this trip. Once they get settled in, Jason and Anna will talk about their strategy. They’ll hope to achieve their goals without breaking too many laws. With any luck, they can discover some helpful Heinrik hints.

Tristan Rogers will also reprise his role as Robert Scorpio on Friday. GH spoilers say Robert will bump into the gang and get caught up in their mission. It looks like some fun stuff’s coming up. We’ll keep you posted as other news emerges. Stick with the ABC soap and don’t forget to check CDL often for the latest General Hospital spoilers, updates and news.

WATCH: Mike’s offhand comment about a field in Croton has Sonny doing damage control. The question remains: how did his dad know about the field in the first place? #GH55 pic.twitter.com/h74eh5fwPT