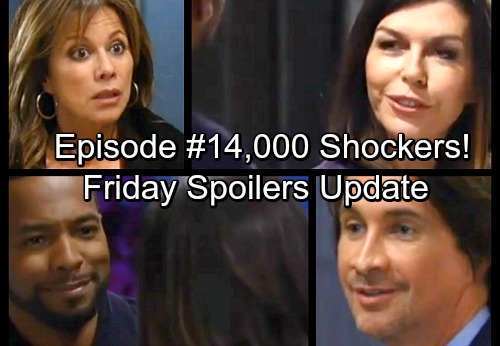 General Hospital (GH) spoilers update for Friday, February 23, tease that Griffin (Matt Cohen) will help Ava (Maura West) solve a mystery. When he pops in the gallery, Griffin will get updates on the latest act of vandalism. Mike (Max Gail) got all worked up and broke a costly piece of art, but Ava doesn’t know who he is just yet.

Once Griffin watches the security footage, he’ll realize Mike’s the culprit. Griffin will let Ava know that it was Sonny’s (Maurice Benard) father. Mike’s struggling with Alzheimer’s, but that won’t stop Ava from using this incident to her advantage. She’ll have enough leverage to score more time with Avery (Ava and Grace Scarola) soon. 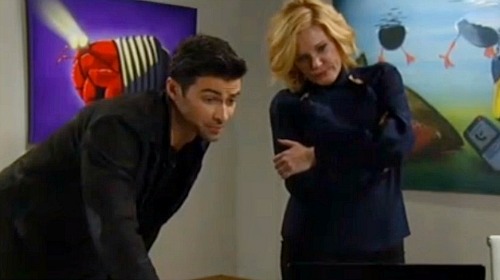 Meanwhile, Sonny will find Mike and chew him out for disappearing. They’ll spar over Mike’s condition and the level of independence he should have. Over with Finn (Michael Easton), he’ll talk to Alexis (Nancy Lee Grahn) about Anna’s (Finola Hughes) rejection. Finn will think it’s over between them and that’s that. Perhaps Finn shouldn’t be so sure!

Elsewhere, a familiar face will return. Anna will be thrilled to see Andre (Anthony Montgomery) out of the slammer. General Hospital spoilers say Andre’s release will allow him to help Anna. She’ll need his assistance on a project, so this will probably connect to Peter (Wes Ramsey) eventually. 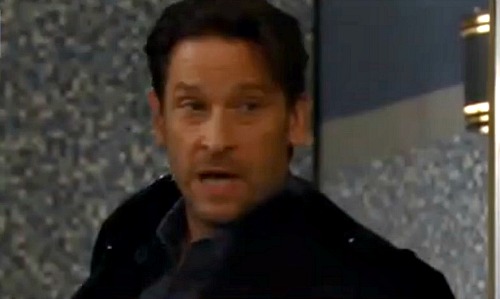 At GH, Franco (Roger Howarth) will lash out at Kevin (Jon Lindstrom). He’ll disagree with the doc’s advice, so it sounds like Kevin will urge him to confess. Franco’s keeping big secrets from Liz (Rebecca Herbst) and that’s no way to start a marriage. Nevertheless, Franco will try to stick to his deception plan for now.

Across town, Liz will get some guidance as well. Epiphany (Sonya Eddy) will wonder if Liz is confident in her decision to marry Franco. General Hospital spoilers say Liz will be absolutely certain. She’ll promise that Franco’s the man she wants to spend the rest of her life with. When Liz insists that Franco’s changed, Epiphany will hope that’s true.

Finally, Jason (Steve Burton) will console an emotional Carly (Laura Wright). She’ll seem pretty disturbed by the mysterious phone calls and messages she’s been receiving. Carly won’t understand what’s happening, but Jason will vow to get to the bottom of it. He’ll won’t want Carly to fret about all this, but no one can blame her!

Thanks to Nelle (Chloe Lanier), Carly’s concerns are only going to get worse in the coming weeks. As for Friday’s action, don’t miss the 14,000th episode of the long-running soap. We’ll keep you posted as other news comes in. Stay tuned to ABC’s GH and don’t forget to check CDL often for the latest General Hospital spoilers, updates and news.