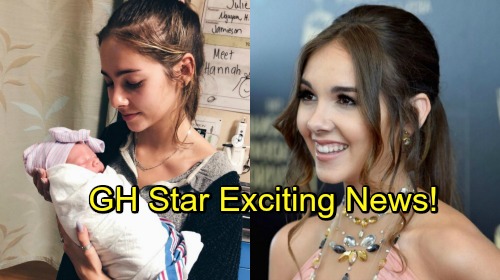 General Hospital (GH) spoilers are pleased to announce that Haley Pullos, who has portrayed Molly Lansing Davis on the ABC soap for the past 9 years, has some exciting family news.

Haley’s character Molly has been through some serious ups and downs with her family on General Hospital. She’s not always gotten along well with her mother Alexis (Nancy Lee Grahn) and for a while was led to believe that her father Ric (Rick Hearst) had died.

But the news that Haley recently shared on social media was much happier. She took to Instagram to announce the arrival of her niece, Hannah. 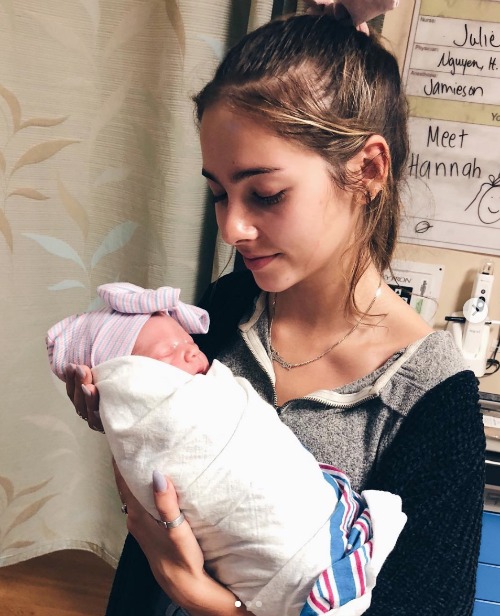 Haley posted an adorable photo of herself holding her new little niece and captioned “welcome to the world Hannah, I’m so excited be the cool auntie who spoils the heck outta you.” The additional pictures posted show baby Hannah close up, as well as Haley with Hannah and her proud new mom.

We haven’t seen Haley much lately on General Hospital, but it looks like from her Instagram feed that she’s been keeping plenty busy. It looks like she really enjoys the outdoors, and her last picture before the birth of baby Hannah was of herself and former General Hospital costar Jimmy Deshler (Rafe), who are reportedly dating.

Haley’s Instagram post about her new niece has been getting lots of love and comments, and it’s easy to see why. Baby Hannah is cutie and is quite photogenic. Does she have a future in acting, too?

Congratulations to Haley and her family on their new addition! Stay tuned to the ABC soap and don’t forget to check CDL often for the latest General Hospital spoilers, updates, and news.