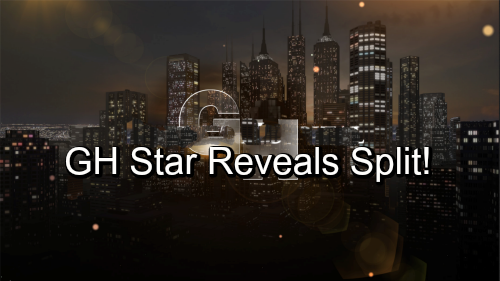 General Hospital (GH) spoilers reveal that one ABC soap star’s speaking out on the end of her relationship. Last July, Hayley Erin got engaged to Logan Luedtke while vacationing together in Hawaii. She shared some sweet pics with GH fans, so everyone was excited to see this couple start their wedding plans.

However, viewers grew a bit suspicious when Erin stopped posted photos with her fiancé. She eventually removed their engagement pictures as well, so the writing was on the wall. Now Erin’s setting the record straight about her relationship status. In an exclusive interview with ABC Soaps in Depth, Erin confirmed that she indeed parted ways with Luedtke.

“It’s a very transitional period,” Erin said. “Logan and I were together for years, so it’s an interesting, brave new world I’m venturing out into — which is single adulthood! I’m figuring it out.” It sounds like Erin’s staying positive about the situation. Sometimes it’s just not the right fit, so you have to move on. 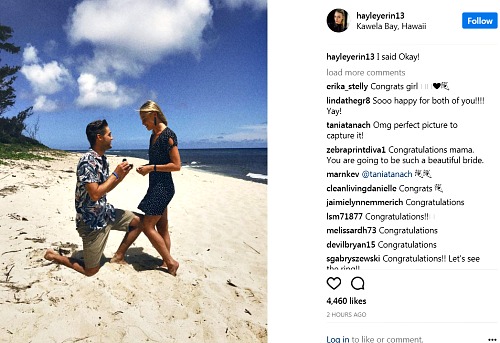 It’s better to have this realization before all the wedding hoopla anyway. A broken engagement isn’t as messy and drawn out, so it’s good that Erin and Luedtke reached their conclusion early on. Of course, things are certainly still looking up for Erin. She has tons of hot developments in her career going on.

Erin was just featured in GH’s “Me Too” movement storyline, which garnered national attention. She won rave reviews from both fans and critics. Erin also seems to be gearing up for Kiki’s next big love story. General Hospital spoilers hint that Kiki and Griffin (Matt Cohen) will grow closer in the coming weeks. They may not be able to fight their attraction for much longer.

That’ll naturally tie in Ava (Maura West) and her fierce wrath. She’ll continue to target Kiki and Griffin, so there’ll be loads of drama to play around with. Erin has scored a role on Freeform’s Pretty Little Liars spinoff as well. She’ll be portraying a mysterious character on The Perfectionists, which starts shooting this fall.

Erin confessed that some challenges are looming, but she’s ready to tackle them. “There are a lot of big changes coming my way,” Erin said. “And I’m just trying to get my bearings and navigate them as best I can.” General Hospital fans wish Erin the best of luck! We’ll give you updates as other GH news comes in. Stick with the ABC soap and don’t forget to check CDL often for the latest General Hospital spoilers, updates and news.