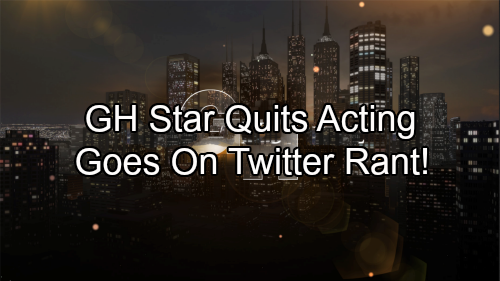 General Hospital (GH) spoilers reveal that one former soap star has made a huge decision. Sarah Joy Brown (ex-Carly) is speaking out on the state of her career. On Monday, September 3, Brown made a major announcement on her Twitter account. She determined that it was time to fill fans in on her choice to step away from the acting world. Brown also offered the shocking reason why.

“On this Labor Day I’ll go ahead and tell you I’ve retired from acting, did so months ago, when it became clear that powerful forces were working overtime to capsize my life & career,” Brown said. She went on to share who drove her from the acting biz. Brown’s got a long list! She blames several big networks for her decision to ditch her acting career entirely.

“You can thank Politics, FOX, ABC, CBS and NBC in that order. I’ll thank the others later #Rats,” Brown said. Many General Hospital viewers out there still remember Brown’s time in Port Charles. Some fans out there even think Brown was the best version of Carly. However, Brown apparently won’t be reprising that role or kicking off a new one like Tamara Braun (ex-Carly, current Kim) did. 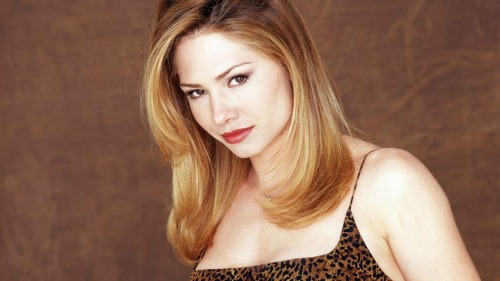 Brown also had roles on As the World Turns, Days of Our Lives and The Bold and the Beautiful. It appears Brown’s ruling out a comeback at Days and B&B, which are obviously still on the air. The news of her acting departure comes after a string of serious accusations.

In October 2017, Brown opened up about her sexual assault by an unnamed director. In January 2018, she expressed outrage over the salary gap she experienced during her run on GH. Brown claimed that she made less than half of what Steve Burton (Jason) and Maurice Benard (Sonny) made, even after her three Daytime Emmy wins.

Now Brown is leaving acting behind altogether, so she’s certainly disappointed with the business and the treatment she’s received. Brown’s burning bridges, but she doesn’t seem to care. Let’s hope Brown can focus on a new career path that brings her happiness.

General Hospital spoilers say Laura Wright has no plans to leave as Carly, so GH won’t have to fill that spot anytime soon. The Corinthos clan’s drama will keep going strong this fall and beyond. We’ll give you updates as other details emerge. Stay tuned to the ABC soap and don’t forget to check CDL often for the latest General Hospital spoilers, updates and news.

On this Labor Day I’ll go ahead and tell you I’ve retired from acting, did so months ago, when it became clear that powerful forces were working overtime to capsize my life & career. You can thank Politics, FOX, ABC, CBS and NBC in that order. I’ll thank the others later #Rats