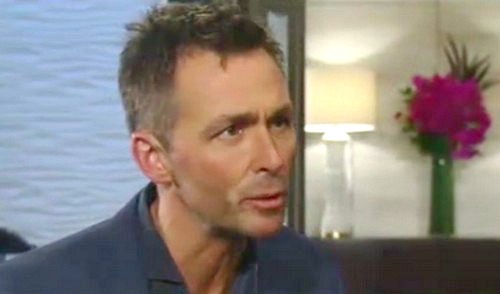 On Instagram, Stuart indicated that Delilah had been by his side for 12 wonderful years. He hated to think of her inevitable death, but he accepted that it was rapidly approaching. It seems Delilah is a fighter since she managed to stick around for nearly a month more. 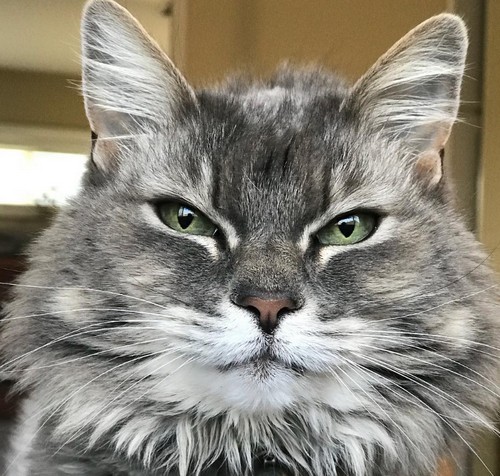 Unfortunately, Stuart provided some sad updates on his Twitter account. He talked about enjoying a peaceful evening with Delilah before her final veterinarian visit. Stuart was glad to have a little time to bid Delilah farewell. Still, it’s always difficult to let go of a cherished pet and family member.

“Delilah heads to the vet for the last time this morning,” Stuart said. She stuck around longer than anyone expected but she can no longer eat or drink. She spent the whole night curled up on my chest with her head beneath my chin as if she knew it was goodbye.” 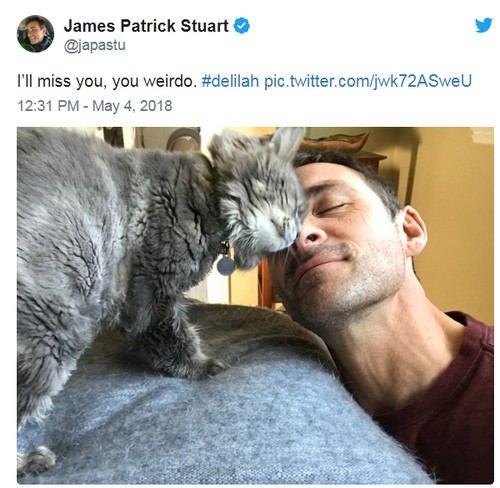 Stuart sent out another tweet that said, “I’ll miss you, you weirdo.” He added a great a picture of himself nuzzling noses with Delilah. Naturally, General Hospital fans were quick to voice their support. Many GH watchers have lost pets, so they could relate to Stuart’s suffering. He received dozens of messages offering sympathy and encouragement.

Stuart even got a message from his onscreen daughter. Scarlett Fernandez (Charlotte Cassadine) let her TV dad know she was sorry for his loss. Stuart seemed touched and suggested he was in good spirits. He replied, “Bless you, little one. There is a turn to every season. As Dr. Seuss said, “Don’t cry because it’s over, smile because it happened.”

As for what’s next in Port Charles, General Hospital spoilers say Valentin has some hot material coming up. He’ll remain involved in Peter’s (Wes Ramsey) big story, so there’s plenty of drama in the works. We’ll keep you posted as other GH news emerges. Stay tuned to the ABC soap and don’t forget to check CDL often for the latest General Hospital spoilers, updates and news.