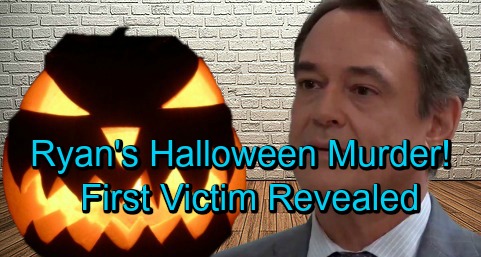 General Hospital (GH) spoilers tease that Ryan (Jon Lindstrom) may kill his first victim by the end of the month. With a guy this sinister running around, he has to start taking deadly action soon! GH needs to prove Ryan’s still the same lethal monster. He’ll inevitably plot a murder or two, but his initial killing could happen in the heat of the moment. It looks like someone may end up in Ryan’s way.

Before we get to that, let’s consider Kevin’s (Jon Lindstrom) dire situation. He’s stuck at Ferncliff and nobody has a clue. Laura (Genie Francis) can tell that her husband’s not quite himself, but she doesn’t suspect that Kevin’s been swapped. Since Laura was away for months, she undoubtedly assumes she’s to blame for the emotional distance between them.

Laura will try to fix her relationship with “Kevin,” but he’ll be focused on his own goals. As Ryan manipulates the people of Port Charles, he could get a bit distracted. It’s important to keep an eye on the real Kevin right now, but Ryan could let that task slide. He may be too busy chatting up Ava (Maura West) and pushing her toward revenge. 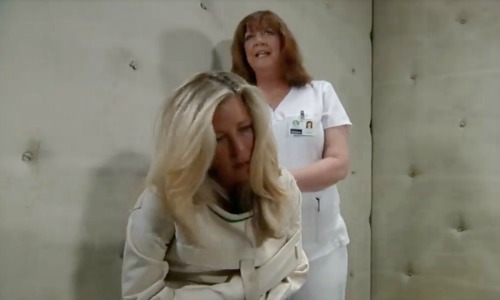 On October 29, Kevin will finally have a hint of hope. General Hospital spoilers say he’ll see an opportunity and try to take advantage of it. That’s where Mary Pat (Patricia Bethune) may fit in this story. She’ll be making a comeback as October wraps up, so GH viewers will be anxious to see what’s ahead.

Unfortunately, things may not end well for the nasty nurse. This might be General Hospital’s payback for how Mary Pat treated Carly (Laura Wright)! Regardless, October 30 will be a tricky date for her. Mary Pat will be backed into a corner, so she may discover the swap shocker and actually believe it.

Of course, knowledge isn’t power in this GH story. It’s quite deadly instead! Will Ryan murder Mary Pat to silence her? The timing seems to fit. If Mary Pat’s in too deep on October 30, it could set up her death on October 31. Ryan has to kick off his killing spree at some point. What better day than Halloween?! It would give General Hospital fans a spooky show for the hair-raising holiday.

Mary Pat may be a goner, so don’t miss the chaos Ryan’s about to unleash. We’ll give you updates as other GH news comes in. Stay tuned to the ABC soap and don’t forget to check CDL often for the latest General Hospital spoilers, updates and news.