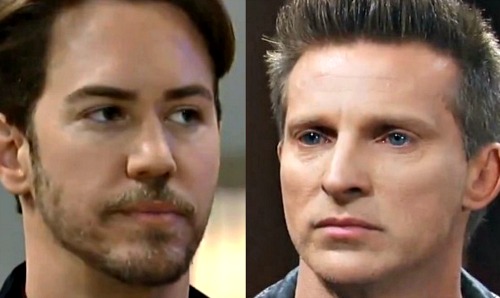 General Hospital (GH) spoilers tease that Jason (Steve Burton) will come home with new hints about Heinrik. He recently revealed that he was headed off to Europe. Jason hopes he can score some info on Faison (Anders Hove) and his mysterious son. He’ll be looking for anything that could point him in the right direction.

There’s a good chance Jason’s journey will pay off. He could soon be one step closer to tracking Heinrik down. Of course, GH fans know Anna (Finola Hughes) wants to find Heinrik first. Her plans clash with Jason’s, so some drama’s brewing. It looks like it’ll start when Jason lets a little too much slip. 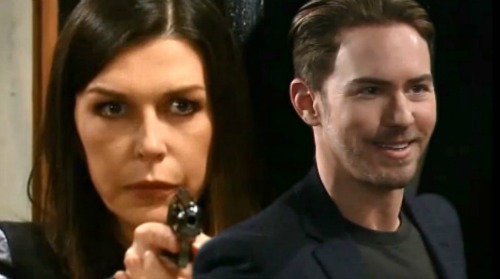 Anna will likely hear about a trap that Jason’s setting. She’ll worry about Heinrik getting caught in it and facing the consequences. Anna knows that Jason has Sonny (Maurice Benard) in his corner. The mob boss has a knack for delivering tough punishments, so Anna will fight Jason on this.

General Hospital spoilers state that a fierce faceoff is coming up on the new GH episode March 29. Anna will object to Jason’s mission and cause a heated argument. She’s more interested in protecting Heinrik and filling him in on Faison’s diagnosis. Anna doesn’t realize that Peter’s (Wes Ramsey) the son she’s looking for and he’s already in the loop. 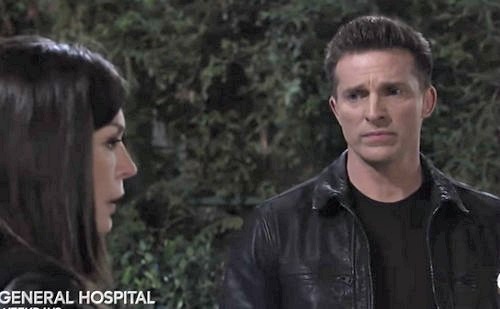 Jason will spar with Anna, but neither one of them intends on backing down. General Hospital spoilers say Anna will just have to keep a close eye on Jason. She’ll have to watch out for Spinelli (Bradford Anderson) as well. Spinelli will definitely be involved in the sneaky setup that’s looming.

When Anna discovers what Spinelli has in store, she may attempt to stop it. Will she try sabotage Jason and Spinelli’s new scheme? Anna wants to find Heinrik, but not like this. Perhaps she can find a way to hijack the plot and get in touch with Peter herself. That’d be the ideal outcome for this worried mom.

Whatever happens, Peter’s true identity will be exposed sooner or later. Many GH viewers are looking forward to that long-awaited moment! We’ll give you updates as other news comes in. Stay tuned to the ABC soap and don’t forget to check CDL often for the latest General Hospital spoilers, updates and news.