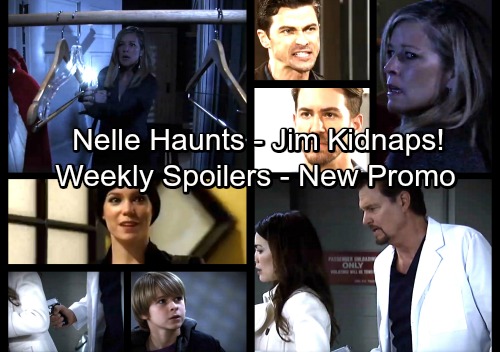 General Hospital (GH) spoilers for the week of April 2-6 tease that some jaw-dropping moments are coming up. GH’s new promo features some major bombshells, so let’s talk about all the latest shockers. First, a heated confrontation is about to hit Port Charles. Griffin (Matt Cohen) knows Peter’s (Wes Ramsey) secret and he’ll call him out on it soon enough.

Peter will dodge questions and deny accusations, so Griffin will finally get fed up. He’ll shout that Peter is Cesar Faison’s (Anders Hove) son. General Hospital spoilers say Peter will be stunned by Griffin’s fierce outburst. He may wonder what Griffin intends to do about his newfound knowledge.

Peter may suggest that he’ll derail Griffin’s career if he lets this slip. After all, anything Griffin spills would be confidential. Whatever the case, Peter will definitely deliver some serious threats. General Hospital spoilers hint that Griffin has a rocky road ahead of him, so stay tuned for all the drama. 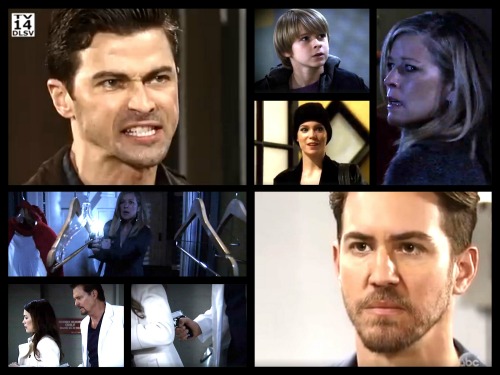 Speaking of drama, Nelle’s (Chloe Lanier) about to cause even more of it. GH fans know she’s working on a cruel scheme against Carly (Laura Wright). Nelle already rattled Carly a bit with some strange phone calls and a bloody scarf that looked like Morgan’s (Bryan Craig). Now it’s time to take things to the next level. Nelle will cross any line if it means taking down her enemy.

General Hospital spoilers say Nelle will rig the lights at Carly’s place. She’ll make them flicker like crazy when Carly enters. It appears Nelle will also plant a few other clues around the house. She’ll want Carly to believe she’s being haunted by her own dead son! Nelle’s hoping to drive Carly off the deep end with all this and she’s about to make real progress.

Elsewhere, Liz (Rebecca Herbst) and Jake (Hudson West) will land in a tight spot. Jim Harvey (Greg Evigan) has been missing for a while, but he’ll be back this week for more chaos. He’ll hold Liz and Jake at gunpoint, so this guy’s clearly a monster!

Jim will insist that if they do what he says, they won’t get hurt. Of course, there are no guarantees! Franco (Roger Howarth) will certainly fear the worst when he gets updates on this hostage situation. We’ll keep you posted as other GH news comes in. Stay tuned to the ABC soap and don’t forget to check CDL often for the latest General Hospital spoilers, updates and news.