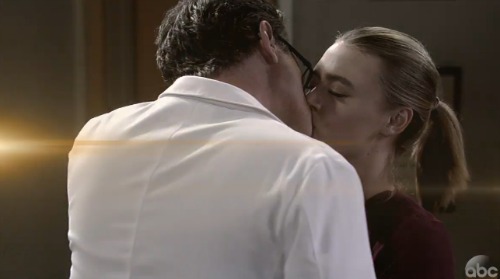 General Hospital (GH) spoilers tease that Kiki (Hayley Erin) will face some shockers she never saw coming. Unfortunately, she’s already paved the way for major complications. GH fans know that Kiki and Griffin (Matt Cohen) made a drunken mistake. They hooked up and naturally regretted it the next morning.

Kiki could regret that night even more by the time Dr. Bensch (James DePaiva) is through with her. GH spoilers say Kiki will move forward with a plan to stop her gross mentor. Dr. Bensch has dropped plenty of creepy hints about his intentions, but Kiki kept hoping all this would settle down. That kiss crossed the line, but now Dr. Bensch is really taking things to the next nasty level.

Kiki was appalled when Dr. Bensch stroked her cheek with a hotel key card. He suggested a trip to his room would help her evaluation tremendously. Kiki hated being in that tight spot, but at least she has the key card now. She may think she can use that to her advantage. Kiki could take it to the board and insist that it’s evidence of Dr. Bensch’s sexual harassment.

However, General Hospital fans know it won’t be that simple. Dr. Bensch revealed that his house was damaged in the earthquake, so he’s been living at the Metro Court. That happens to be where Griffin and Kiki got busy. No one would be surprised if Dr. Bensch spotted them entering Griffin’s room together. 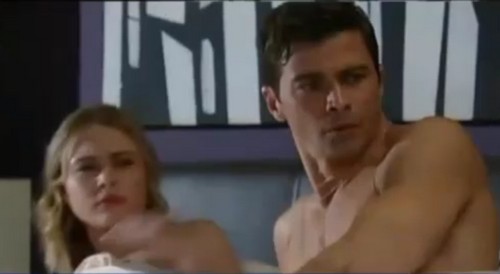 That might be why Dr. Bensch has suddenly become so bold about his advances. He may know that he has the ammunition to blow Kiki out of the water. Who’s going to believe her sexual harassment claims if she’s been getting hot and heavy with another doctor? Dr. Bensch could even argue that Kiki swiped his card and tried to entice him into spending the night with her.

We can’t forget about the phone message Dr. Bensch saved. He could twist Kiki’s words and make it seem like she was the one who wanted something to happen. Of course, the news of Griffin and Kiki’s one-night stand is bound to get back to Ava (Maura West). If Griffin’s going to defend Kiki, there’ll be no way for him to stay silent.

Will Ava go into “Mama Bear” mode anyway? Will she put aside her anger and take a stand for her daughter or contend that Kiki brought this on herself? General Hospital spoilers say the fallout of this mess will bring serious family drama. We’ll give you updates as other GH details emerge. Stick with the ABC soap and be sure to check CDL often for the latest General Hospital spoilers, updates and news.