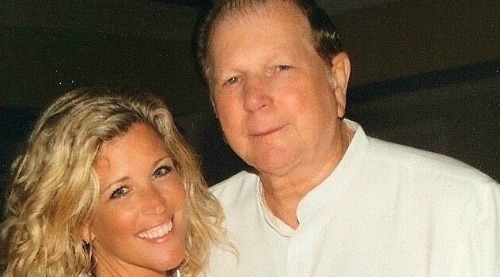 General Hospital spoilers are sad to report the tragic news of a death in the family of a huge GH star. General Hospital star Laura Wright (Carly Corinthos) has shared some devastating personal news involving the loss of her father.

The actress revealed that her dad, Rector Sisk, has died. Laura Wright lost her mother, Betty, back in October 2018 – so now one of our favorite GH stars is an orphan. This has been a tragic hew months for Laura.

Laura Wright, who is best known for her role as Carly Corinthos on General Hospital, shared several photos of her parents on her Instagram account.

She didn’t reveal many details surrounding her father’s death, but she did share a photo of her parents together and captioned it with, “Together is a Beautiful place to be. RIP Dad. I love you.”

It didn’t take very long for Laura’s fans and social media followers to share their condolences with the actress online. It was reported several months ago that Laura’s mother Betty had been ill for quite some time.

Laura managed to spend time with her mother before she passed away. She also shared a heartfelt message and collage of her father on her Instagram account back in June for Father’s Day.

Many General Hospital cast members have been showing their support to Laura on social media as she mourns the loss of both of her parents now. Our condolences go to Laura Wright and the entire Sisk family during this very difficult time.

General Hospital airs weekdays on the ABC network. Check your local listings for times. In the meantime, don’t forget to check back with CDL for all the latest news, updates and spoilers on General Hospital and all of your favorite daytime television shows right here.