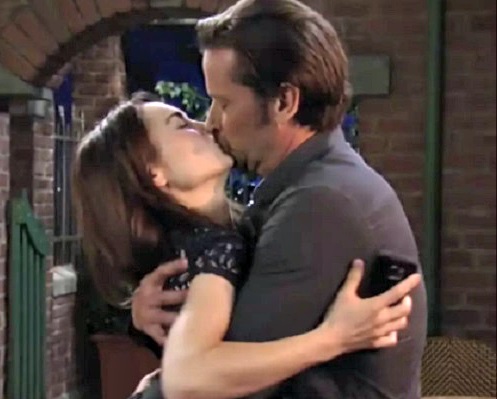 General Hospital (GH) spoilers tease that Liz (Rebecca Herbst) will have a big surprise for Franco (Roger Howarth) on Friday. She’ll think she has some news that should cheer him up. It’s certainly possible that Liz will bring Jake (Hudson West) by for a visit or show off more of his artwork. However, there’s no harm in thinking bigger. It’d be great if GH could deliver a true shocker right soon.

The recent Jim Harvey (Greg Evigan) chaos provided some exciting and incredibly dramatic scenes. Howarth and Evigan really brought their A-game! However, the big reveal itself kind of fizzled. After all, most General Hospital fans figured the secret out months ago. It was obvious that Franco had been trying to protect Drew (Billy Miller) from Jim’s abuse.

Now that the Jim storyline’s been resolved, this is the perfect opportunity to throw viewers a curveball. GH could reveal something that makes sense, but also serves as an unexpected twist. What if Liz drops a pregnancy bomb? Could she tell Franco that she’s expecting his child?

Franco knows he’s not the evil monster Jim made him out to be. His tumor really was to blame for his horrific crimes. Since that’s been cleared up, Franco can free his mind from his previous fears. Having a baby with Liz would help with that. It would show Franco that he can play a part in creating something truly beautiful. 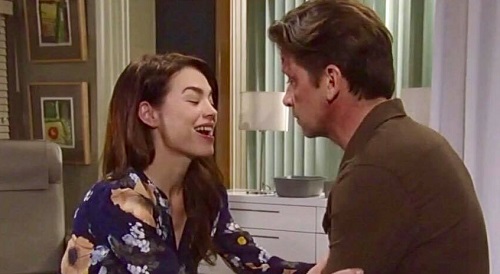 Of course, “Friz” supporters would be thrilled over a potential kid for these two. Liz has been nervous about Franco’s secrets lately, but maybe her concerns were about more than just protecting her current children. Perhaps Liz was worried about a bun in the oven as well. Liz might’ve been afraid bringing Franco’s kid into the world when things were so up in the air.

Fortunately, Liz and Franco are both breathing a sigh of relief. Franco’s past is painful, but at least he was able to confirm the truth. This will give him a chance to shut the door on his dark history and look forward to a brighter future.

A little ice cream never hurt nobody… except @TamaraBraun. She’s lactose intolerant. Our thanks to ABC and @CVTSoftServe for helping us celebrate #GH55 on our first day back from Spring Break! #GH pic.twitter.com/JqK2us8l1I