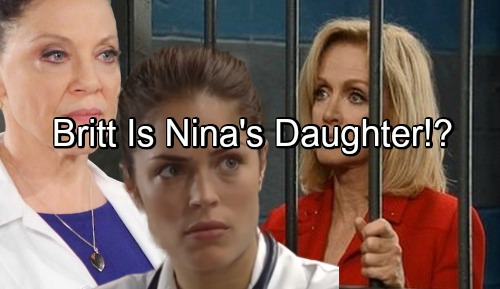 General Hospital spoilers tease that Nina Cassadine’s (Michelle Stafford) grown daughter may turn out to be someone totally unexpected. Most General Hospital viewers are rooting for Kiki Jerome (Hayley Erin) to be revealed as Nina’s, since the past history seems to line up quite well.

Twenty-something years ago Nina was married to the late Dr. Silas Clay (Michael Easton) when she became pregnant, and eight months into the pregnancy, her mother Madeline Reeves (Donna Mills) accidentally put her into a twenty-year coma while trying to end the pregnancy.

Around that same time, Silas was fooling around with Ava Jerome (Maura West) who also (maybe) became pregnant with Kiki. When GH viewers saw Ava reading a book about pregnancy designed for first-time mothers during her pregnancy with Avery Corinthos (Ava and Grace Scarola) it appeared to be a hint that Ava was not Kiki’s real mother.

Another recent theory has been that Nelle Benson (Chloe Lanier) is Nina’s mystery daughter – but how would Frank Benson come to be her father, even if adoptive? Besides, she had some of Carly Corinthos’ (Laura Wright) baby things! Of those two Kiki would make more sense. 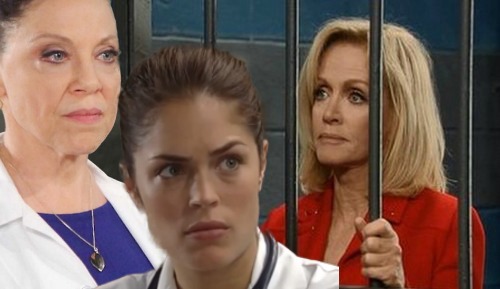 But maybe Nina’s daughter is someone totally unexpected – General Hospital buzz says that her “cousin” Britt Westbourne (Kelly Thibaud) might fit the bill. Britt may be a little older than Kiki, but also could be younger than Nathan West (Ryan Paevey) who was presumed in his late twenties to early thirties.

General Hospital writers never mentioned Britt’s age when she was on the show’s canvas, but we do know that Nina went into the coma when Nathan was a little boy, so if he had lived, he and Nina’s baby would be close in age now.

General Hospital spoilers suggest that since Liesl Obrecht (Kathleen Gati) called upon her sister Madeline to take baby Nathan and raise him as her own to protect him from his dad, Cesar Faison (Anders Hove), Madeline called in the favor later when she didn’t want Nina’s baby girl to get Nina’s inheritance!

GH spoilers tease that Liesl took the girl and raised her as her own. She grew up to be Dr. Britt Westbourne who is currently incarcerated, but alive and well. We have to hand it to Liesl, she pulled off quite the feat in not only hiding her pregnancy with Nathan from Faison, but faking one with Britt as well. Keep watching General Hospital and reading General Hospital spoilers to see what happens with the reveal of the identity of Nina’s mystery daughter!