General Hospital Spoilers: Mal Young Brings Genie Francis Back to The Young and the Restless – Y&R Capitalizes on GH’s Loss?

BY Olivia Marie on January 25, 2018 | Comments: one comment
Related : Days of Our Lives, General Hospital, Soap Opera, Spoiler, Television, The Young and the Restless 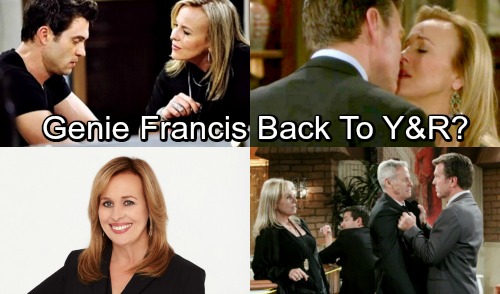 General Hospital (GH) spoilers reveal that the ABC soap just gave one of their rivals the perfect opportunity. The Young and the Restless is in the midst of a major ratings boom. They’re also doing some casting shakeups, so this is the ideal time to bring Genie Francis back to Y&R. She was just bumped down to recurring as Laura on GH, so the offers may be rolling in.

Any of the other soaps would be lucky to have Francis, but she could be especially useful at The Young and the Restles right now. Francis played a character named Genevieve Atkinson from 2011-2012. Genevieve’s son, Cane (Daniel Goddard), is currently caring for his new baby. Grandma needs to meet him! 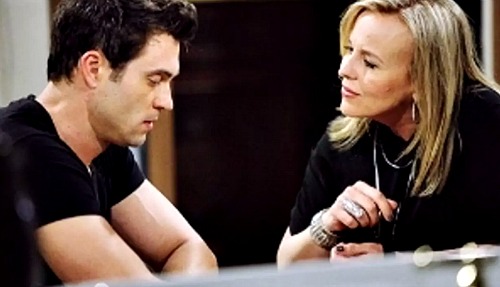 Plus, Genevieve’s former flame is available. She was once engaged to Jack (Peter Bergman), but her power plays at Jabot drove them apart. Since Jack’s trying to prove he can put business before his emotions, rehiring Genevieve is the perfect way to do that. Naturally, love could bloom again in the process.

Francis has been doing a great job at General Hospital, so it was a bummer to see her mayoral run scrapped. Alexis (Nancy Lee Grahn) is also a worthy candidate, but it’s not quite the same. Laura has been a GH staple since the 1970s. She has the history and knowledge to lead the people of Port Charles! 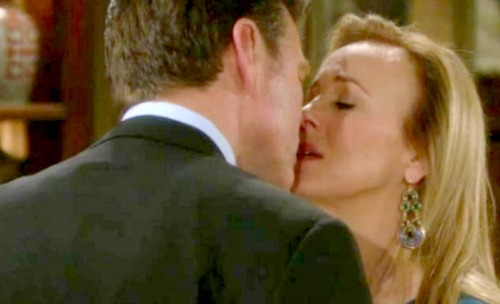 It was a fantastic story for the popular vet, but Frank Valentini didn’t think Laura was important enough to keep around. Many viewers are still livid over how the executive producer treated the soap queen. Francis’ agent recently told EW that she’ll only be back if timing and storyline work for her. There’s no reason for Francis to go out of her way if she’s not being respected.

The Young and the Restless could certainly take their chance to snatch Francis up. As a bonus, Francis could show off her acting chops a little more at Y&R. Genevieve was a bit of a villainess, so Francis could get sassy and sinister in this role. That sounds like a lot of fun!