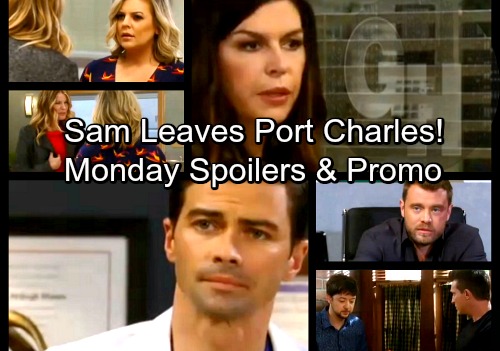 General Hospital (GH) spoilers for Monday, April 2, tease that Anna (Finola Hughes) will pop in Griffin’s (Matt Cohen) office for a chat. She’ll catch him off guard when she suggests that he’s been keeping secrets. Griffin is indeed hiding something huge from Anna, but that’s probably not the secret she’s referring to. GH wouldn’t move this story along that quickly!

Instead, Anna might bring up Griffin’s decision to move in with Ava (Maura West). Since Griffin’s place was damaged in the earthquake, he intends to crash at Ava’s place for a while. If that’s what Anna’s talking about, Griffin will do his best to explain the situation and get her off his back. 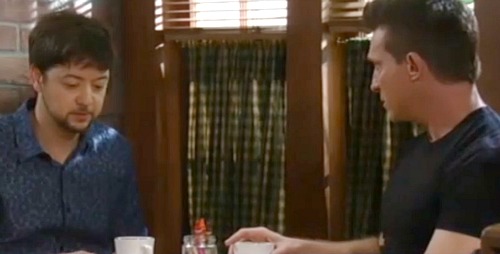 However, Griffin’s real secret will weigh on him. He knows Peter (Wes Ramsey) is Heinrik, so it’ll be tough to keep his mouth shut. Meanwhile, Finn (Michael Easton) and Alexis (Nancy Lee Grahn) will discuss their charade. Since Alexis told Julian (William deVry) they were getting serious, Finn will think they should do just that. He won’t see any reason for this to be a fake relationship.

Across town, Maxie (Kristen Storms) will feel a bit overwhelmed. Nina (Michelle Stafford) will get pushy about offering support, but Maxie just won’t be in the mood to deal with it. She’d prefer to hang out with Peter since he wasn’t close to Nathan (Ryan Paevey). It gives Maxie a chance to express her emotions freely.

Elsewhere, Lulu (Emme Rylan) will reach out to Peter for assistance. She’ll suggest that she’s working on something and could really use his help. Lulu can tell that Peter and Maxie are getting quite chummy. She might hope that Peter can put in a good word for her and help her make amends.

Over with Jason (Steve Burton) and Spinelli (Bradford Anderson), they’ll mull over their scheme. Spinelli intends to pose as Heinrik in Europe and get access to Faison’s (Anders Hove) safe deposit box. Naturally, Jason will still have some concerns. He’ll wonder if Spinelli’s sure about this, but he’ll get reassurance in return. Spinelli will note that their contingency plan couldn’t be in better hands. 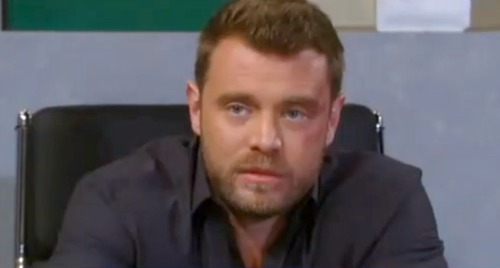 At Aurora Media, Sam (Kelly Monaco) will give Drew (Billy Miller) some bad news. She’ll announce that she came to say goodbye. General Hospital spoilers state that Drew will be surprised by Sam’s decision to leave Port Charles. She’ll insist that she wants to get away and work through her feelings.

Drew won’t have high hopes about being Sam’s choice in the end, but a little piece of him will keep that dream alive. Will Sam pick Jason or Drew? She’ll need some time to find out! We’ll give you updates as other General Hospital details emerge. Stay tuned to ABC’s GH and don’t forget to check CDL often for the latest General Hospital spoilers, updates and news.