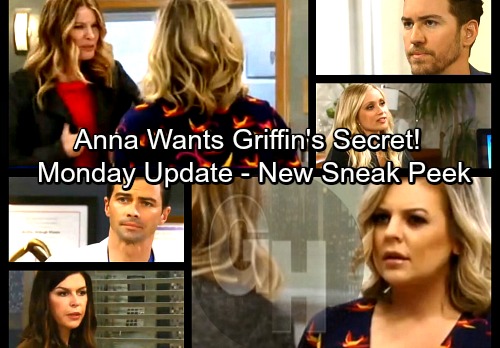 General Hospital (GH) spoilers update for Monday, April 2, tease that Spinelli (Bradford Anderson) will insist he’s got everything under control. He’ll want Jason (Steve Burton) to stop worrying about their Heinrik charade. Spinelli will think posing as Faison’s (Anders Hove) heir will be a breeze. He’ll assure Jason that their contingency plan is solid, so there’s nothing to fret about.

Of course, Spinelli may be wrong about that! On GH, there’s almost always a reason to be concerned. Meanwhile, Peter (Wes Ramsey) will be surprised when Lulu (Emme Rylan) drops by his office. She’ll mention a project she’s tackling and ask Peter for some assistance. 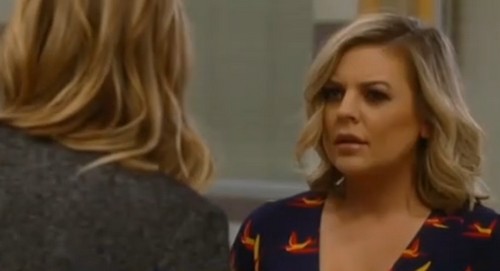 Lulu’s main goal right now is earning Maxie’s (Kirsten Storms) forgiveness. Could Peter agree to work on easing the tension? He already gave it a shot, but he could always try a bit harder. Elsewhere, Nina (Michelle Stafford) will be stuck to Maxie like glue. She doesn’t want Peter comforting Maxie all the time, so she’ll start smothering her with her own support.

Naturally, Maxie will push Nina away. She just isn’t willing to put up with stuff at the moment. If Maxie doesn’t like something, she speaks her mind. It’s clear that Maxie’s too upset to worry about other people’s feelings. Nathan’s (Ryan Paevey) grief has driven her to this point and she’s had enough. 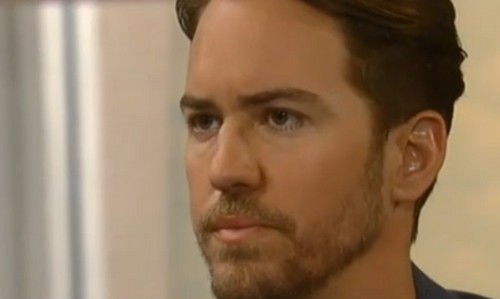 Other General Hospital spoilers say Griffin (Matt Cohen) will get a visit from Anna (Finola Hughes). She’ll rattle him when she drops in and starts talking about secrets. Griffin may worry that Anna knows about the paternity test, but that doesn’t seem to be the case. Instead, Anna might mention Griffin’s recent move to Ava’s (Maura West) or something along those lines.

Griffin may be tempted to blurt out that Heinrik is Peter, but he’ll manage to stay tight-lipped in the end. That’s a risk he can’t take just yet. Over with Sam (Kelly Monaco) and Drew (Billy Miller), they’ll have another emotional scene together. General Hospital spoilers say Sam will mention her trip and bid Drew farewell. He’ll hope he turns out to be Sam’s choice later, but he won’t bet on it. 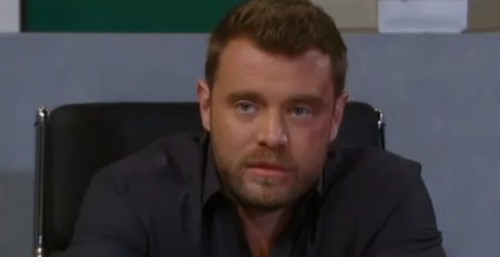 Across town, Alexis (Nancy Lee Grahn) will want to stop a scheme she started. She told Julian (William deVry) that she was getting serious with Finn (Michael Easton), but that was just a way to get him off her back. Now that Alexis has had some time to think it over, she’ll they should forget about it.

However, Finn will have other ideas. He’s fed up with Anna’s lack of commitment, so he’ll suggest starting a real relationship with Alexis. She’ll be taken aback, but she may warm to the proposal soon enough. We’ll give you updates as other GH news comes in. Stick with the ABC soap and be sure to check CDL often for the latest General Hospital spoilers, updates and news.