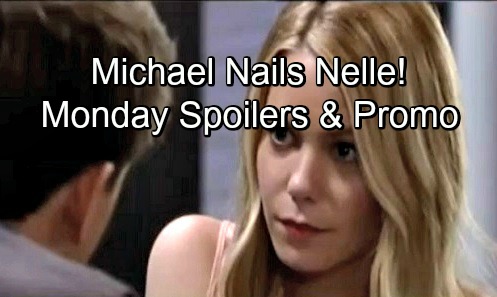 General Hospital (GH) spoilers for Monday, July 9, tease that Finn (Michael Easton) and Chase (Josh Swickard) will start to connect. It looks like Chase will want to spend some time together, so Finn will eventually get on board. He’ll declare that they should let the bonding begin, which will spark a smile from his brother. Chase will be glad that Finn’s finally ready to give him a chance.

Meanwhile, Scott (Kin Shriner) will consider giving Ava (Maura West) the full scoop. He knows Griffin (Matt Cohen) and Kiki (Haley Erin) slept together, so part of him will think he should come clean. However, it seems Scott will ultimately back out of the idea. This news would devastate Ava, so he’ll most likely keep this mouth shut for now.

Other General Hospital spoilers say Nelle (Chloe Lanier) could get suspicious. Michael (Chad Duell) just suggested they should marry right away. He wants to find a judge and tie the knot immediately, which is undoubtedly part of his secret plan with Chase (Josh Swickard). Once Michael convinces Nelle this is for the best, a big snag should strike. Of course, that’ll probably be part of the plan, too!

Over with Franco (Roger Howarth), he’ll get some shocking updates from Wyatt (Patrick J. Gibbons). The kid will insist that he found a man tied up in a cabin. Wyatt admitted he tends to tell tall tales, but Franco may suspect that this one’s for real. After Wyatt provides a few crucial details, GH spoilers say Franco will decide to investigate.

For now, Peter (Wes Ramsey) will remain trapped and concerned. He’ll fear that if he confesses, Liesl (Kathleen Gati) will just kill him. Peter will hold out hope that Wyatt will blab, but he’s definitely in a dire situation. At Maxie’s (Kirsten Storms) place, Nina (Michelle Stafford) will stop by for a visit. When Peter’s name comes in in their conversation, Maxie will make a painful admission. 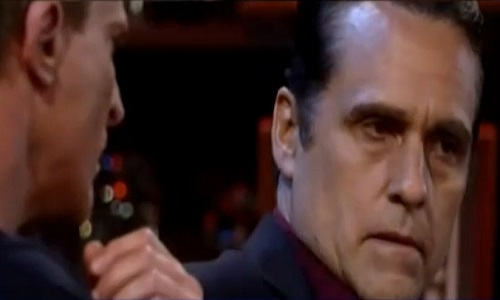 Despite everything Peter’s done, Maxie won’t want him to die. She thinks Peter should pay, but not with his life. Nina tends to get nervous when Peter is mentioned, so she’ll probably make an excuse and bail quickly. She needs to hustle back to the cabin and keep Liesl from killing their hostage.

At Charlie’s Pub, General Hospital spoilers say Julian (William deVry) will move forward with renovations. That’ll add to Sonny’s (Maurice Benard) worries, so he’ll have another chat with Jason (Steve Burton). After Sonny brings him up to speed on the expansion, Jason will wonder how long it’ll be until the body’s found. They’ll realize they need to act fast if they want to prevent this discovery.

It sounds like a great episode’s on the way. We’ll keep you posted as other GH info emerges. Stay tuned to the ABC soap and don’t forget to check CDL often for the latest General Hospital spoilers, updates and news.