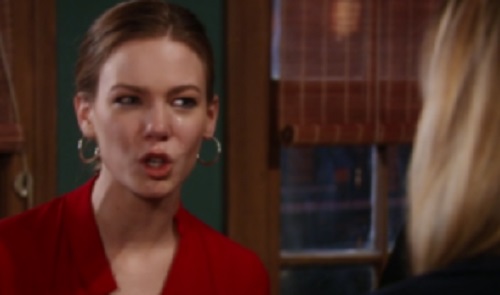 General Hospital (GH) spoilers tease that the mystery of Nelle’s (Chloe Lanier) mother could soon unravel. It was revealed some time ago that her father was Frank Benson, who was also Carly’s (Laura Wright) adoptive father. However, the identity of Nelle’s mom has never been divulged.

GH viewers with good memories will recall a conversation between Michael (Chad Duell) and Nelle at the Quartermaine residence. Nelle indicated that her mother had been killed in a car accident. General Hospital fans may also remember that Carly’s best friend from high school supposedly died in a car crash. In the past, she’s mentioned that she took the name of her pal, Charlotte “Carly” Roberts (Kari Wührer).

Some General Hospital watchers took that as a hint at the time and speculated she might be Nelle’s mother; others thought Nelle might be the result of a one-night stand between a teenage Carly Corinthos (then Caroline Benson) and Dan Roberts (Carly Roberts’ father). A rift occurred between the two former best friends when Carly Roberts caught Caroline Benson in bed with her dad! 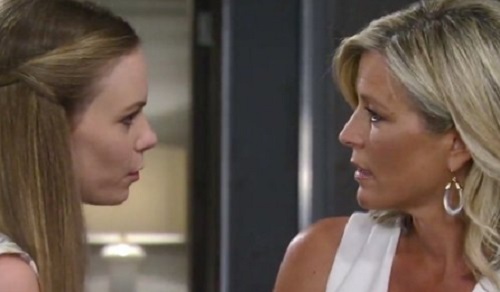 Current Carly obviously turned out to be Nelle’s adoptive sister instead of her mom, but perhaps they have another connection through this friend. Carly Roberts later surfaced in Port Charles quite alive as FBI Agent Reese Marshall. Although no mention was made of a daughter, soaps tend to rewrite history when necessary.

Reese did have a deceased son with an ex-husband, who exposed her as Charlotte “Carly” Roberts. Still, she could have had another kid along the way. Reese was obviously good at keeping secrets! It’s possible that Charlotte (aka the other Carly) could’ve been involved with Frank in Florida. She could’ve been the one to give birth to Nelle.

This would fit the timeline of Nelle’s age, so GH might want to explore this opportunity. Reese later died in a train accident, so maybe the details were simply a bit unclear for Nelle. Her father was a liar just like she is. Who knows exactly what he told her? Nelle may have been pretty young at the time of her mother’s death, so she may have only heard whatever twisted news Frank passed along.

Of course, a train accident and a car accident aren’t that far off. It’s possible that Nelle’s just remembering things incorrectly. It’s not like she can call dead Frank up and ask for clarification. Since Nelle’s been on her own, she’s had much bigger problems to worry about anyway.

It could be significant that GH has kept us in the dark on Nelle’s mother. Will Michael seek more info about her as the baby’s birth draws near? That could lead to some shocking revelations! General Hospital spoilers say Nelle will continue to cause major drama, so stay tuned.

Would you like to see Nelle and Carly discover this startling link? Could Carly’s old bestie be Nelle’s mom? We’ll give you updates as other GH details emerge. Stick with the ABC soap and don’t forget to check CDL often for the latest General Hospital spoilers, updates and news.