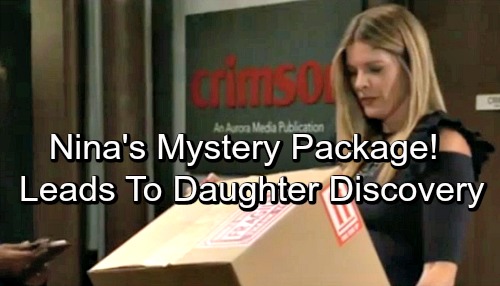 General Hospital (GH) spoilers tease that Valentin (James Patrick Stuart) will keep working toward his goal. He wants to reunite Nina (Michelle Stafford) with her grown daughter and hopefully get their relationship back on track. However, Valentin would gladly do this for Nina no matter what. He’s always going to care about her, so he just wants her to be happy.

Valentin will do whatever he can to keep this a secret. He warned Curtis (Donnell Turner) to follow his lead on that, but things could get tougher as the search heats up. General Hospital spoilers state that Curtis will report back to Valentin on next week’s new GH episodes, Sept 10-14, deliver some surprising updates.

There’s no word yet on whether this will be good news or bad news, but any news should be helpful. Valentin just needs answers as soon as possible. Curtis will do his part to make sure Valentin gets them. He’ll most likely offer details from his prison chat with Carter Buckley, the attorney Madeline (Donna Mills) used for the adoption.

Curtis still probably won’t have a lot to go on, but GH fans know he’s a real pro. He’ll keep at it and hope that he can give Nina this beautiful gift. Meanwhile, Nina’s suspicions will grow stronger. She’ll inevitably fish for information from Curtis, but he may manage to stay tight-lipped for now.

Nevertheless, Nina gets a mysterious package from Madeline’s lawyer on Friday’s GH episode, September 7 and she might find some legal document or note mixed in with Madeline’s things. Since her mother’s dead, Nina could go through some old belongings and reflect on the past. It’s easy to imagine her taking a difficult trip down memory lane.

Regardless, General Hospital spoilers hint that Nina may have a startling realization. It looks like she’ll find out her daughter could still be out there. Valentin and Nina will go on separate journeys of discovery. Maybe Nina won’t realize what Valentin’s up to or maybe she’ll just shut him out. Either way, Nina will try to figure out on her own at first.

Will Valentin and Nina’s hunts eventually collide? Would they be able to accomplish more together? General Hospital spoilers hint that Nina’s stubborn streak could get in the way, but she should push past that sooner or later. Nina just needs to focus on meeting her daughter, even if it means opening her heart to Valentin just a crack.

Are you excited about where this storyline’s headed? We’ll keep you posted as other GH info emerges. Stick with the ABC soap and don’t forget to check CDL often for the latest General Hospital spoilers, updates and news.