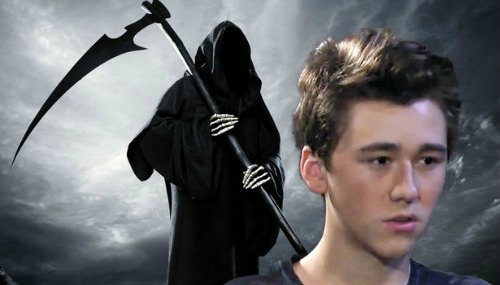 General Hospital (GH) spoilers tease that Oscar Nero’s (Garren Stitt) health could head downhill. He had given up hope of a recovery until Josslyn Jacks (Eden McCoy) found out about his tumor and changed his mind. Joss gave Oscar a reason to fight. He still has doubts about pulling through this, but at least he’s in the clinical trial and wants to stick around for Josslyn’s sake.

However, some grim signs may be emerging. Oscar talked Jason Morgan (Steve Burton) into being the executor of his will if he indeed doesn’t make it. The sick teen’s choosing to prepare for the worst and take a realistic approach to his condition. That may mean Oscar will be right in the end. If he has an adverse reaction to this treatment, Oscar could easily die.

After all, GH has consistently mentioned the risks of this clinical trial. They’re relatively low, but soaps usually opt for the worst-case scenario. Things may seem like they’re looking up for Oscar at first, but that hope may not last.

General Hospital won’t have a lot of places to go if they let Oscar survive. His death, on the other hand, could rock several characters to the core.

Drew Cain (Billy Miller) would get a fantastic grief arc that could potentially lead to a pairing with Kim Nero (Tamara Braun). It’s easy to imagine these parents hooking up in their time of sorrow.

Cameron and Josslyn seem to have the most chemistry out of the teen couple options. Plus, they’ve known each other since they were kids and their mothers aren’t exactly big fans of each other.

A Joss and Cam pairing is worth it for the Carly Corinthos (Laura Wright) and Elizabeth Webber (Rebecca Herbst) feud alone!

Josslyn and Cameron definitely appear to be the couple to root for, so where does that leave Oscar? Dead is the easiest answer. Josslyn has so much hope for Oscar’s recovery right now. Oscar’s mom and dad are trying to keep hope alive, too. This could all be a huge setup for a crushing blow sooner or later.

A significant point that could indicate the worst outcome for Oscar comes from Eden McCoy herself. In a recent interview Eden implied that her choice for Josslyn is Cameron! Of course this isn’t proof that Oscar dies but it certainly moves us in that direction.

If Oscar’s treatment rushes him into an early grave, that’ll be another reason for heartbreak. Drew, Kim and Josslyn all pressured Oscar to go for the clinical trial. If they cost Oscar precious moments and force him to spend his last months stuck at GH, guilt should hit hard. The devastation could bring some gripping scenes and powerful performances all around.