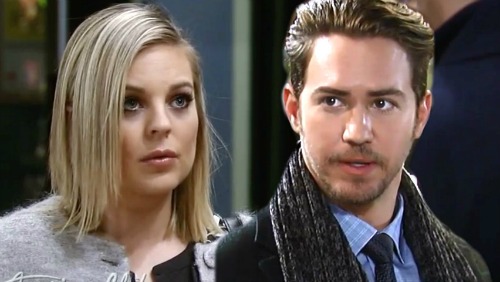 General Hospital (GH) spoilers tease that history will soon repeat itself with romantic obsession taking the forefront in the friendship between Peter August (Wes Ramsey) and Maxie Jones (Kirsten Storms). Observant GH viewers no doubt noticed the gleam in Peter’s eyes and the big smile on his face after that “friendly” hug between the two in the episode of Friday, March 16th.

This was after Maxie received the good news of no Huntington’s disease genes detected in the test results of her baby’s amniotic fluid, and she had shared it with him. It is obvious Peter is falling quite hard for Maxie, while for Maxie, she is leaning on Peter as a good friend. 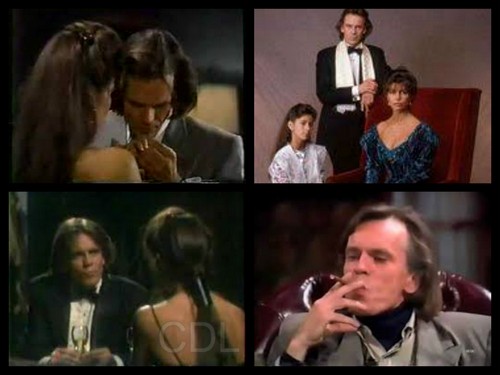 Long time GH viewers will remember storylines from the 1990s, when Cesar Faison (Anders Hove) first appeared as a novelist named PK Sinclair in 1990. Later storylines revealed Faison as the former boss of Anna Devane (Finola Hughes) during her time with the DVX, which at that time was a rival agency of the WSB.

Even then, Faison had already been romantically obsessed with Anna for quite some time, and that obsession lasted nearly thirty years. Faison even created a family picture of himself with Anna and Robin (Kimberly McCullough) when Robin was a young girl of maybe eight or nine, and at one point kidnapped them, along with Casey Rogers (Bradley Lockerman). Casey was a family friend, and in one of GH’s forays into science fiction, also an alien from the planet Lumina!

Could this rapidly deepening infatuation of Peter’s turn into a long term obsession with Maxie, in which he becomes her stalker? Could what is now merely a crush turn dangerous, and rather than it being reciprocated, even destroys Peter and Maxie’s current friendship? Could Maxie eventually see Peter not as her protector, but as someone she needs protection from? Keep tuning into GH and reading General Hospital spoilers on CDL to see how this dramatic story evolves!