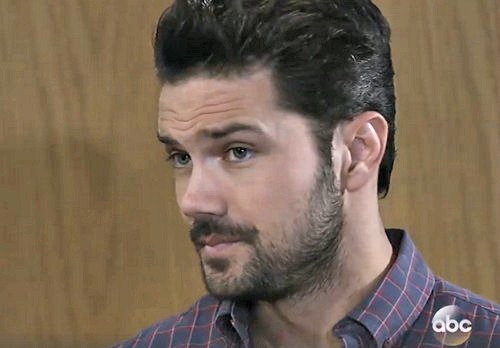 Paevey retweeted it and offered a reply that was just as intriguing. “In dreams, we can always visit the ones we love,” Paevey said. He also included a winking smiley face, so there are a couple of options here. It’s possible that Paevey is fishing for a mini comeback. Perhaps he’d like to get back on set and resume the role of Nathan in a sweet vision. 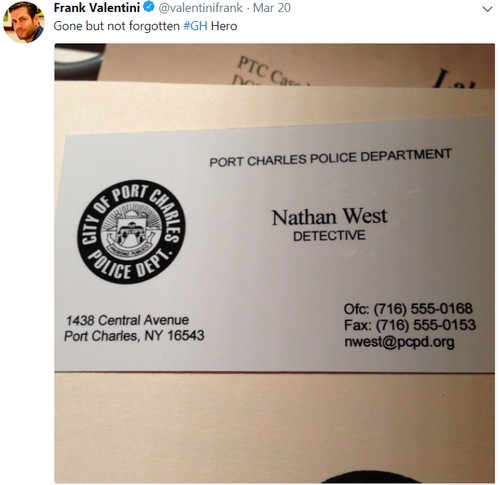 However, it’s also possible that a return stint is already in the works. Paevey may have shot some dream scenes that will air down the road. His wink could’ve been a nod to what Valentin secretly knows.

The perfect opportunity for a Nathan popup is on the way. On April 3, General Hospital spoilers say Nathan will be honored in Port Charles. The PCPD will celebrate the brave accomplishments of their fallen detective and friend. Maxie (Kirsten Storms) is sure to be feeling down in the dumps that day. She could really use a pep talk from her deceased husband’s spirit. Why not let Nathan appear to her?

Many General Hospital fans were confused by the show’s choices around the time of Nathan’s death. Maxie was able to speak with her dead sister, Georgie (Lindze Letherman), but she never got a conversation with Nathan. She watched him mouth “I love you” as he presumably walked toward heaven, but she didn’t get the closure of a real chat.

Perhaps Maxie will get another chance for that discussion at some point. Even if it’s not on this particular day, there’ll be other episodes where Maxie needs Nathan by her side. It’d be great if Paevey could shoot some scenes for the birth of Nathan and Maxie’s baby. 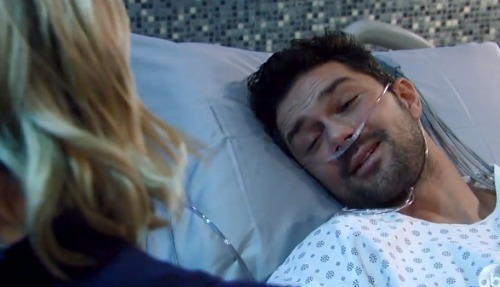 How cute would it be if Nathan’s spirit stands behind Maxie while she brings their kid into the world? Nathan deserves to be there somehow. Whatever the case, many GH viewers would love to see Nathan again. We’re missing him already!

Do you think Ryan Paevey will be back as Nathan soon? We’ll give you updates as other news comes in. Stick with the ABC soap and don’t forget to check CDL often for the latest General Hospital spoilers, updates and news.

In dreams, we can always visit the ones we love. 😉