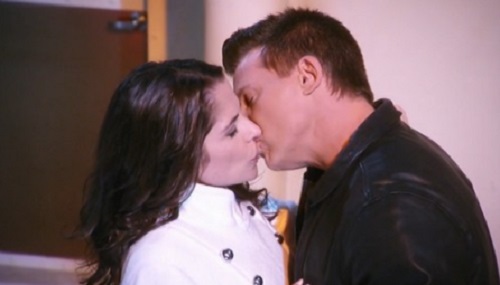 General Hospital (GH) spoilers tease that Sam (Kelly Monaco) will eventually make it back to Port Charles. She’s been off doing some soul-searching, but she’ll have to make a decision sooner or later. Drew (Billy Miller) and Jason (Steve Burton) need to know what the future holds.

Each twin would love to be with Sam, but there’s only one of her to go around. She’ll just have to make a choice and hope it’s the right call. However, Sam’s getaway may come back to bite her. It’s possible that she’ll wait just a bit too long to reach her conclusion.

Drew is in a great deal of pain at the moment. He recently found out that Franco (Roger Howarth) protected him from evil Jim Harvey’s (Greg Evigan) abuse. That’s a lot to take in. Drew also shot Jim after he saw him gripping Franco by the throat. He didn’t feel a bit bad about killing the monster. Drew was ready to make Jim pay for what he did. 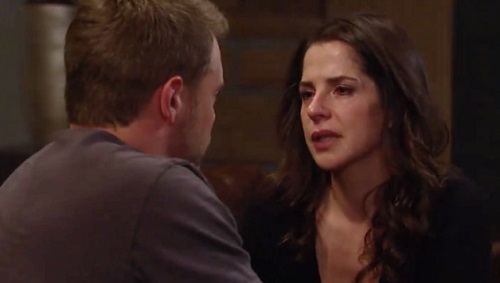 Still, Drew would normally have supportive Sam waiting for him at home. He could always count on her to build him up after major drama. Now Drew’s going home to an empty room. That’s bound to take a toll on him mentally.

At some point, Drew will likely seek support from Kim (Tamara Braun) instead. He’ll be hanging around Oscar (Garren Stitt), so it’ll be easy to lean on his former flame. As for Sam, she might get updates on Drew’s latest ordeal and immediately regret that she wasn’t there for him.

Sam may determine that she was right all along. She could come back to PC on a mission to repair her marriage. Will it be too little, too late? Drew may not buy the idea that Sam’s ever going to be over Jason. He may argue that he doesn’t want Sam to choose him out of pity.

In other words, Drew could reject Sam and end up pushing her in Jason’s direction. Sam will likely reunite with Jason for a while, but will she be pining for Drew the whole time? This could set up a GH “Dream” reunion down the road. General Hospital spoilers say this love triangle will bring lots of ups and downs, so stay tuned for all the chaos.

Will Sam choose Drew, but get turned away? If Jason’s a treated as a second choice, will a “JaSam” reconnection be short-lived? We’ll keep you posted as other General Hospital news comes in. Stick with ABC’s GH and don’t forget to check CDL often for the latest General Hospital spoilers, updates and news.