General Hospital Spoilers: Sasha Looks for Love – 4 Hunks Who Could Use a New Romance – See Who She Picks 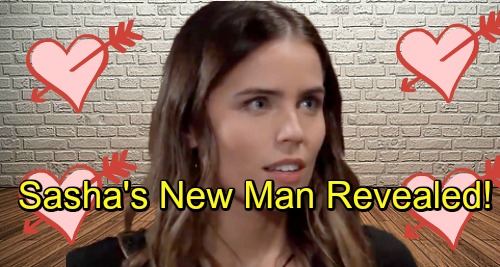 General Hospital (GH) spoilers tease that Nina (Michelle Stafford) will keep trying to wrap her head around the Sasha (Sofia Mattsson) news. She was certainly hoping she had a child out there, but the confirmation was still overwhelming. Nina will want to meet her daughter, but she’ll worry about how it’ll all turn out.

To add another layer of drama, Curtis (Donnell Turner) warned that Sasha was uneasy about all this. She was reluctant to believe she was truly adopted, so forming a relationship with Nina will be complicated. Of course, we can’t rule out the idea of a GH twist either. It some bombshell proves the DNA tests wrong, that’ll bring more issues for Nina to deal with.

However, Sasha’s been introduced no matter what. She’s a gorgeous gal and could work with some handsome, single man on canvas. Whether Sasha’s truly Nina’s daughter or not, she could be thrown in the love interest pool. There are several eligible bachelors in town who could use someone to hold.

Who might be Sasha’s best match? Chase (Josh Swickard) could be headed for a Lulu (Emme Rylan) or Valerie (Brytni Sarpy) pairing, but he’s not locked into anything yet. He’s definitely a hunk, so why wouldn’t Sasha be interested? Chase would be a great catch for just about anybody. It’s shocking that he’s still single after all this time in Port Charles.

Griffin (Matt Cohen) is another option to consider. He recently split from Ava (Maura West) and his brewing romance with Kiki (Hayley Erin) is doomed, too. Since Erin isn’t sticking around, Griffin will need someone else by his side. Could he be drawn to Sasha’s beauty and charm?

Michael (Chad Duell) has also had some unfortunate love stories. Maybe it’s time for his luck to turn around. It’d probably be a waste since Michael’s pairings never seem to work, but General Hospital might give Sasha and Michael a try. What’s GH got to lose? It’s not like they have to stay together forever it if doesn’t work.

With that in mind, even Jason (Steve Burton) could be an option. We’ll admit he’s a bit old for Sasha, but we’re getting desperate here! Jason needs some love in his life. The poor guy spends his days helping Carly (Laura Wright) and Sonny (Maurice Benard), but his bed must be awfully cold at night.

Who knows? Maybe Sasha is drawn to mature and mysterious men. She could at least hook up with Jason. He clearly needs something to tide him over until his next real romance. Jason likes dark-haired beauties, so never say never when it comes to a Sasha one-night stand!