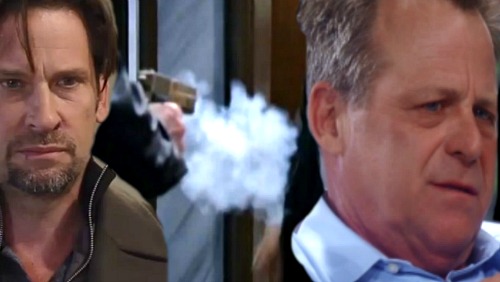 General Hospital spoilers tease that Scott Baldwin is set to make a dramatic heartbreaking exit from GH. The recent announcement that Kin Shriner, who plays Scott “Scotty” Baldwin, was fired from General Hospital sent shockwaves through social media and the majority of fans sound very upset. Kin debuted in 1977 making him a serious GH veteran What is next for Scott Baldwin, how will he exit Port Charles? The General hospital Buzz is yet another shocking emotional death of a beloved character is on the horizon.

In 2013 crazy Heather Webber (Robin Mattson) revealed that Scott was Franco Baldwin’s (Roger Howarth) father. It was a great pairing of two quirky characters who were both dark at times. Scott and Franco have bonded over the years and developed a great father-son relationship. Fans thoroughly enjoy their hilarious scenes together 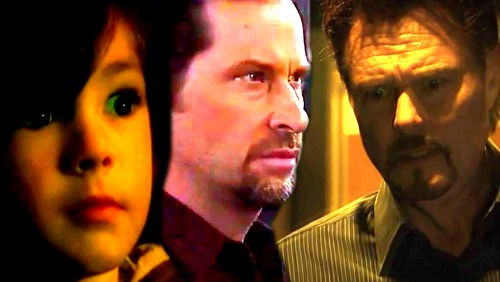 General Hospital spoilers reveal Franco was abused as a child by the evil Jim Harvey (Greg Evigan). It has been hinted that Scotty knows more about a lot of things having to do with Franco’s adoptive mom, Betsy (Deborah Strang), that he has not yet divulged. Now that the character of Scotty is leaving the daytime series GH buzz is that he will be leaving in a dramatic way, exposing all of the dirty secrets that he has carried with him for decades.

The General Hospital abuse storyline is coming to it’s climax with Jim Harvey kidnapping Elizabeth (Rebecca Herbst) and little Jake (Hudson West) at gunpoint on this week’s new GH episodes, April 3-6. Scott Baldwin will not sit back and watch Franco’s life fall apart any longer. GH spoilers tease that he finally steps up for his son, going on his own vigilante mission! Scott feels he owes this to Franco since he did not protect Franco as a small child from monster Jim Harvey’s abuse. 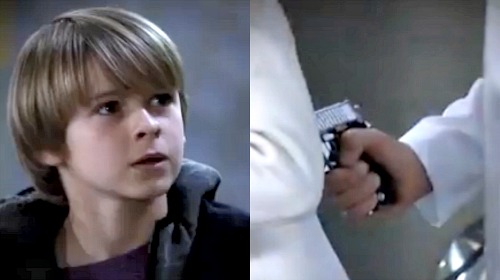 Jason (Steve Burton) and Franco will also be on the warpath against Harvey. As Jason and Franco get closer to finding Harvey so will Scott Baldwin. General Hospital buzz is that Scott gets caught up in the crossfire and could be shot by Harvey. As Franco and Jason tend to Scott – Harvey flees leaving his hostages, Elizabeth and Jake, behind.

Scott’s departure will be a very emotional scene between father and son, Scott revealing all that he knew and sharing his great love for his son before he closes his eyes in Franco’s arms. 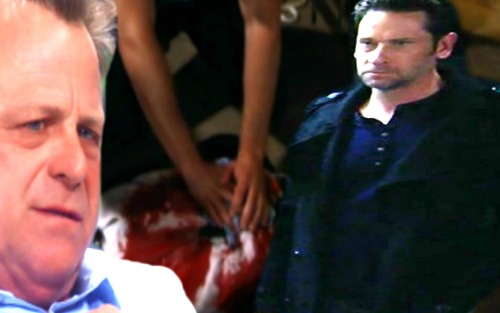 Very traumatic for Franco and Scott considering both characters really needed that special bond  that they finally achieved – now Franco will be fatherless again. Scotty was the only family he really claimed since Heather is an embarrassment to him. Scott understood Franco which made him feel not so alone and now he will be gone.

The question is this: will Scott Baldwin, a resident of Port Charles for over 40 years, live or will he die? What is a fitting goodbye for such a long time beloved character? CDL will keep you up to date on what our sources find out. Stay tuned to ABC’S General Hospital and watch as this dramatic story comes to an end. Stick with CDL for all of your spoilers and news updates.