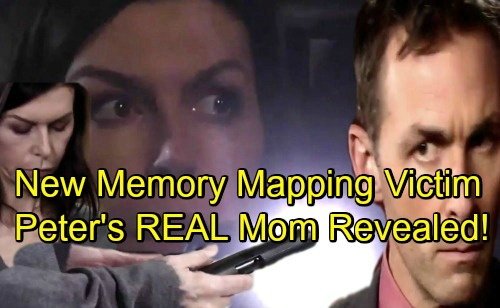 General Hospital (GH) spoilers tease that Anna (Finola Hughes) is about to make her GH comeback. She’s been offscreen for over a month, so many viewers are anxiously awaiting her return. Anna won’t be back in Port Charles just yet, but we’ll see least catch a glimpse of her soon.

During the week of August 6-10, General Hospital fans will see what Anna’s up against. GH will undoubtedly show us Anna being held hostage somewhere. That way they can set up Finn (Michael Easton) and Robert’s (Tristan Rogers) dramatic rescue.

However, this kidnapping plot could set up something else as well. At a recent fan event, Tristan Rogers offered a huge clue about what’s in store. He revealed that GH is planning a major twist in Peter (Wes Ramsey) and Anna’s storyline. Let’s take a minute to consider what that means.

Anna and Peter haven’t really interacted all that much yet. They know they’re mother and son, but that’s all the show’s explored. With that in mind, it’s reasonable to think the twist could involve that mother-son connection. What if Anna isn’t Peter’s mom after all?!

We should recap what General Hospital has filled us in on. Anna recalls going undercover and having sex with a drunk Faison (Anders Hove). She was trying to score intel, but got pregnant thanks to her shady efforts. Anna also remembers giving birth to the baby. She confirmed the date was the same as Peter’s birthday.

Here’s where things get interesting. Valentin (James Patrick Stuart) told Anna that he followed her the night the baby was conceived. He thought she was her twin sister, Alex (Finola Hughes), at first. Valentin later determined that it was Anna, but what if he was right the first time? Perhaps we should consider Alex as a real mother candidate.

Most General Hospital viewers were furious over the Faison sex fiasco. It just didn’t seem like something Anna would do willingly. Maybe that’s because she didn’t! GH might undo the damage by making Alex the actual birth mom.

Now you may be wondering how that’s possible. After all, Anna remembers getting pregnant and bringing Heinrik into the world. There’d be an easy fix for that. General Hospital’s memory-mapping drama is still going strong. Margaux (Elizabeth Hendrickson) just found the flash drive containing all Andre’s (Anthony Montgomery) files, so we’re bound to learn more about the project soon.

There’s a good chance Ryan (Jon Lindstrom) was given Kevin’s (Jon Lindstrom) memories, too. The real Kevin seems to be stuck at Ferncliff. That means Ryan is probably masquerading as Dr. Collins. He appears to have Kevin’s memories, but he also may have some of his own. There’s no rule that says they can’t be jumbled a bit.

No one knows all the details of this memory-mapping procedure. It’s possible that partial memory mapping can be done. Lines can blur and that could tie in with Anna. GH might go for the twin trifecta! Drew (Billy Miller) and Jason (Steve Burton) were victims. Now we’ve potentially got Kevin and Ryan. They might as well throw Anna and Alex in for a soapy hattrick.

Does Anna have false memories of Peter’s conception and birth? Is she actually remembering what her twin sister went through? Someone may have gone to a great deal of trouble to make Anna believe that story. She may be confused about what she experienced and what’s mixed in from Alex.