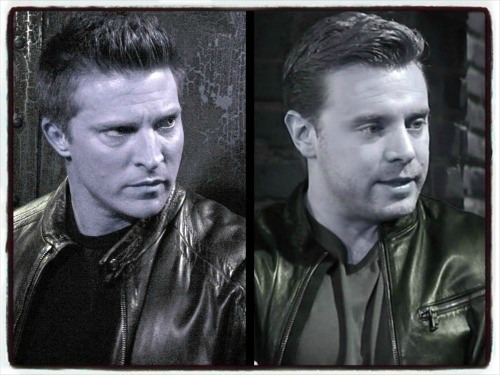 General Hospital (GH) spoilers tease that Jason’s (Steve Burton) big storyline is far from over. The Faison (Anders Hove) chapter is coming to a close, but there’s plenty more drama ahead. Once the Faison and traitor material’s resolved, GH can rev up the love triangle and focus on Jason’s other relationships in town.

In an interview with Michael Fairman, Steve Burton talked about his return to General Hospital and offered hints about what’s next. First, he addressed his comeback and what it meant to work with familiar faces. Burton was thrilled about all the fantastic moments he was able to play with his pals.

“It was so great to work with everybody again, because it is so built-in to the history of our characters,” Burton said. His performance impressed viewers, so they naturally expected him to submit for the Daytime Emmys. Burton did just that and scored a pre-nom in the supporting actor category.

However, Burton also had some eligible work from his exit story on The Young and the Restless. He could’ve submitted those moving scenes instead, but he chose to stay loyal to his current soap home. “It’s not about winning Emmys for me,” Burton said. “I am not an ego-maniac. I was there, and now I am here. That’s all there is to it…”

General Hospital spoilers say some excitement’s about to hit Port Charles and Burton certainly agrees. He said, “I can tell you the team now at GH is on top of it.” Burton suggested that after the memory mapping aftermath, the show can explore a different angle. “There are all these other dynamics we can start playing,” Burton said.

Of course, Burton had to address Billy Miller’s switch to the role of Drew. He insisted that there’s no feud and argued that Miller’s chance to start fresh is “pretty cool.” Burton also praised the writers’ take on the situation with Sam (Kelly Monaco) and pointed out that it’s the “perfect triangle.” It’s easy to root for both sides.

Finally, Burton talked about his future at General Hospital. “I do plan to stay on GH until it’s done whenever that may be,” Burton said. He indicated that he couldn’t see the show being canceled. In fact, Burton joked that he’d be the “crypt keeper in a leather jacket” one day. That should put to rest any fears about him bailing again too soon!

It sounds like Burton wants to be around for much longer than the rest of his three-year contract. We’ll give you updates as other GH news comes in. Stick with the ABC soap and don’t forget to check CDL often for the latest General Hospital spoilers, updates and news.