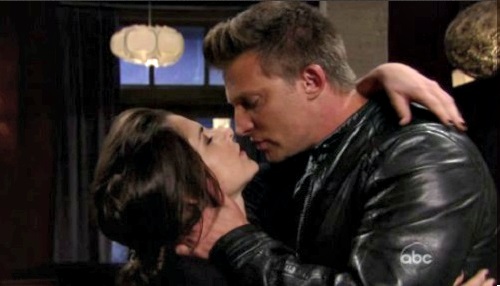 General Hospital (GH) spoilers tease that Jason (Steve Burton) will continue to wait for Sam (Kelly Monaco). He made his feelings crystal clear, but he also insisted that her happiness is the most important thing. Jason loves Sam with every fiber of his being and he just wants her to follow her heart.

Ever since Jason showed back up in Port Charles, that’s been his stance. Of course, he doesn’t exactly get along with Drew (Billy Miller) and he wants to be with Sam more than anything. Jason can’t change any of that, but he can practice patience.

General Hospital spoilers say Jason will hope for the best and prepare for the worst. He’ll feel like that’s all he can do at this point. However, many GH fans have complained about Jason’s nonchalant attitude. They believe Jason should be fighting for the woman he loves!

In an interview with ABC Soaps in Depth, Steve Burton weighed in on this issue. Should Jason be doing more to show Sam he’s the only guy for her? Burton doesn’t think so. “Some people want Jason to fight for Sam, but that’s just not how he operates,” Burton said. 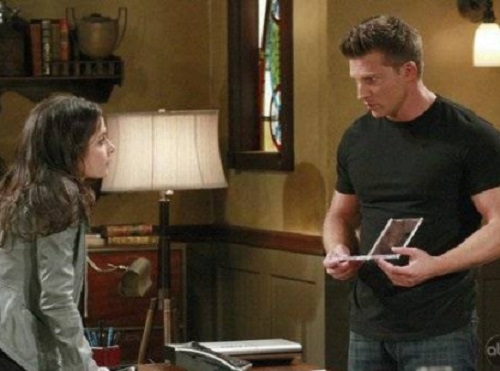 Jason tends to shift his own happiness to the backburner. That’s just who he is. Whether it’s the Corinthos clan or his beloved Sam, Jason always puts his loved ones first. He’d die for any of them in a heartbeat. In fact, Jason’s selflessness is undoubtedly one of the qualities Sam finds most attractive.

In other words, fighting for Sam could actually be a turn off. Jason’s doing exactly what he should be doing. He’s showing Sam that he cares about her feelings and what she truly wants. Jason could’ve wrecked this if he’d put pressure on Sam, so he made the right call.

Burton pointed out that Sam’s gone through a lot, so she deserves this chance to step back and decide for herself. He suggested that Jason’s just been trying to be realistic about the situation. Burton said, “She thought he was gone and was with this other guy! So he wants her to take her time and figure out what makes her happy.”

There you have it, GH fans! The real reason why Jason won’t fight for Sam. General Hospital spoilers suggest that Jason’s strategy will pay off. It looks like a “JaSam” reunion is brewing, so stay tuned for the great moments ahead. We’ll give you updates as other news comes in. Stick with the ABC soap and don’t forget to check CDL often for the latest General Hospital spoilers, updates and news.

“How do you feel about the spotlight??” #GH55 pic.twitter.com/pL4GhB4Buq