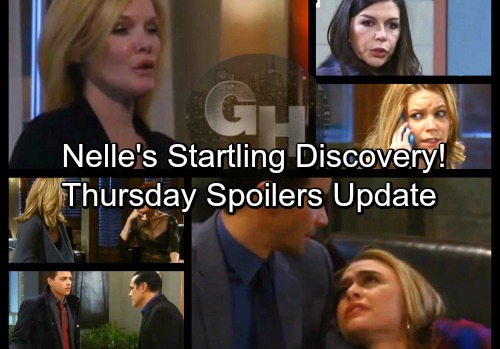 General Hospital (GH) spoilers for Thursday, February 15, tease that Anna (Finola Hughes) will have a lot on her mind. She’ll seem distant when she pops in at Pentonville. Anna will meet with Andre (Anthony Montgomery) in the visiting area. She’ll admit there’s something she’s never told anyone before.

Anna’s probably talking about the kid she had with Faison (Anders Hove). Valentin (James Patrick Stuart) knew what was up, so Anna didn’t have to spill anything to him. As for Faison, he died without ever knowing the truth. Nobody else is in the loop on Anna’s deep, dark secret. General Hospital spoilers say Anna may have a few things to get off her chest, so Andre will be happy to listen. 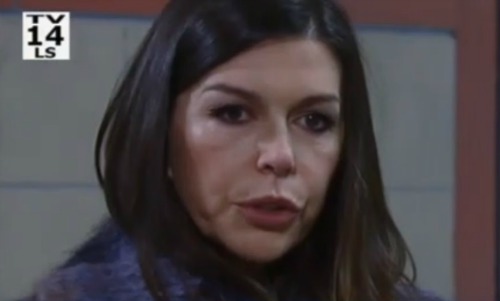 Meanwhile, Finn (Michael Easton) will come to Alexis’ (Nancy Lee Grahn) rescue. He’ll sense that she’s nervous about an event she has to attend. Finn will wonder if Alexis would like for him to tag along. He’ll gladly make this easier for her if he can.

At GH, Amy (Risa Dorken) will get a phone call that alerts her to more trouble. She may realize Kiki’s (Haley Erin) in worse shape than she thought. Amy may give Griffin a call or he could just track Kiki down on his own. We all know Griffin can’t let it go when someone’s in need. He promised Ava (Maura West) that he’d be right over, but she’ll just have to wait. 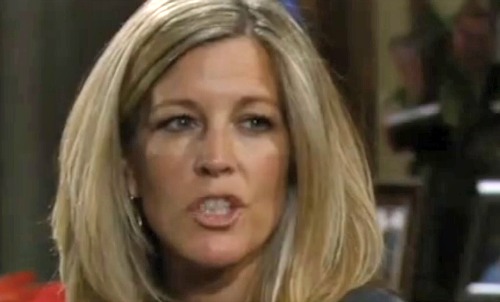 Later, Griffin will sit next to Kiki and try to offer some comfort. Kiki’s drunk and heartbroken, so she’s definitely having a rough night. As she puts her head on Griffin’s shoulder, Kiki will beg him not to leave. At home, Ava will practice saying “I love you.” It’s a big step, but she plans to drop the love bomb for Valentine’s Day.

However, Ava’s plans may change after Griffin focuses on Kiki. Ava likes Griffin’s kind heart, but she’d prefer a little more attention. Griffin’s always off saving the world, so Ava feels a bit snubbed. Of course, Ava has also battled jealousy over Griffin and Kiki’s bond. After Ava realizes they spent the evening together, she’s sure to be furious. 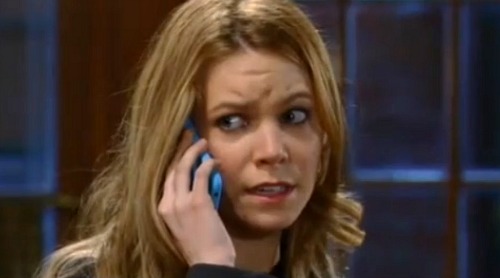 Other General Hospital spoilers say Nelle (Chloe Lanier) will make a startling discovery. She’ll walk in Kelly’s and witness something surprising. Nelle will quickly grab her phone to give somebody a heads-up. Since Mike’s (Max Gail) missing, Nelle may have stumbled across him. If he’s rambling about Sonny (Maurice Benard) in a confused state, that would tip Nelle off to where he belongs.

Whatever the case, Nelle will insist that the person on the other end of the line needs to come right over. It makes sense that she’d call Michael (Chad Duell) in this situation. Sonny and Michael will ultimately end up at GH on Thursday. They’ll be worried as they discuss Mike’s memory issues.

Finally, Carly (Laura Wright) will fret over the threat Nelle poses. She’ll fill Diane (Carolyn Hennesy) on her concerns and suggest that that she can’t let her guard down. Unfortunately, Carly can’t stop what Nelle’s already started! We’ll give you updates as other GH news comes in. Stay tuned to the ABC soap and don’t forget to check CDL often for the latest General Hospital spoilers, updates and news.