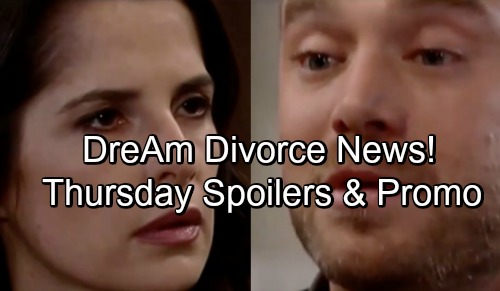 General Hospital (GH) spoilers for Thursday, July 5, tease that Stella (Vernee Watson) will unleash her wrath. GH fans know Stella can be a real firecracker, so she’s not afraid to speak her mind. Jordan (Vinessa Antoine) usually faces the fury, but Stella will unload her anger on someone surprising this time.

Griffin (Matt Cohen) will manage to get Stella riled, so he’d better prepare for backlash. Stella will insist that his medical degree doesn’t give him a right to impose on other professionals. She’ll make it clear that she won’t be pushed around. Let’s hope Griffin can apologize and smooth things over.

Meanwhile, Franco (Roger Howarth) will have an outburst of his own. During a chat with Scott (Kin Shriner), he’ll blow his top over all the Dr. Bensch (James DePaiva) drama. Franco will shout that the man is a sexual predator. He’ll warn Scott to do what he’s told and take dirty Dr. Bensch down.

Over with Ava (Maura West), she’ll have some updates for Julian (William deVry). He’ll worry that the lawsuit won’t work out in Kiki’s (Haley Erin) favor, but Ava will promise she has a plan. Julian may suggest that Scott could renege on their agreement or simply blow this somehow. However, Ava will trust that money and concern for Kiki will be powerful motivators.

Nearby, Oscar (Garren Stitt) will get ready for his first day at Aurora. Before he starts working with his dad, he’ll have a heart-to-heart with his mom. Kim (Tamara Braun) will listen as Oscar insists she should be with Drew (Billy Miller). He’ll wonder when she’s going to stop wasting her time with Julian.

Other General Hospital spoilers say Sam (Kelly Monaco) and Drew will discuss their divorce. It looks like everything’s been finalized, so this marks the official end of their marriage. They’ll share some tough moments as they let go of what they had and head down different roads.

Elsewhere, Sonny (Maurice Benard) will speak with a faithful friend. He’ll sit down for what appears to be an emotional conversation with Milo (Drew Cheetwood). Sonny will ask if there’s anything he can do for him, so Milo may be coping with some bad news. Fortunately, he’ll have Sonny in his corner throughout this crisis. That support should mean the world to distraught Milo.