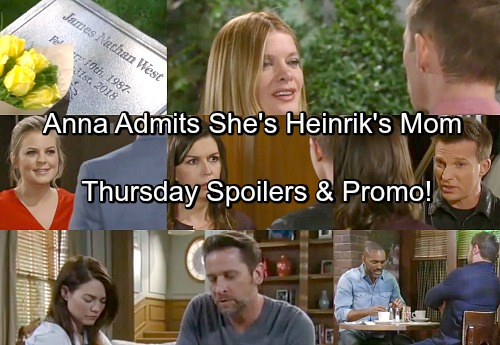 General Hospital (GH) spoilers for Thursday, May 3, tease that doubts will creep in for Curtis (Donnell Turner). During a meeting with Drew (Billy Miller), Curtis will hear about the impending divorce. When he realizes Drew and Sam (Kelly Monaco) are splitting, he won’t have a lot of hope for his own future with Jordan (Vinessa Antoine). Curtis just won’t be sure their marriage could work.

Drew will undoubtedly point out that the circumstances are quite different. Jason (Steve Burton) came back from the dead, so that naturally made things complicated for Sam. She’s been torn between two loves. Jordan and Curtis are completely devoted to each other, so that gives them an advantage as they move toward tying the knot. 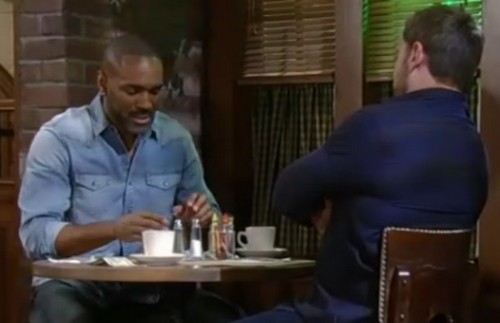 Elsewhere, Franco (Roger Howarth) will mull over Jim Harvey’s (Greg Evigan) list of victims. He’ll talk to Liz (Rebecca Herbst) about the abuse that connects all of them. Franco will wrestle with the past, but Liz will continue to offer plenty of support. She’ll hope that Franco’s latest mission brings closure.

Across town, Nina (Michelle Stafford) will contemplate Peter’s (Wes Ramsey) file on Nathan (Ryan Paevey). She’ll mention it to Valentin (James Patrick Stuart) and wonder why Peter would want mementos of her brother. Valentin will undoubtedly try to explain it away as nothing, but he’ll realize his ally is becoming a bigger problem every day. 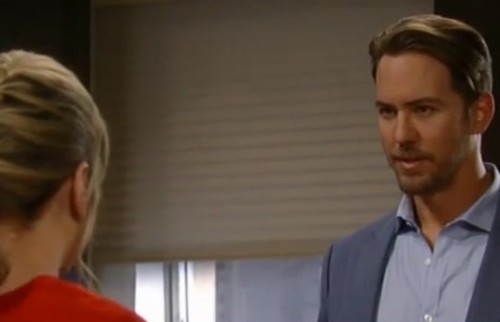 Speaking of problematic Peter, he’ll have a chat with Maxie (Kirsten Storms) on Thursday. General Hospital spoilers say she’ll have some news to share. Maxie will note that someone mysterious set up a fund in Nathan’s honor. She’ll be touched by this stranger’s generosity, so Peter should be pretty pleased with himself. He’ll be glad his secret donation could help Maxie in some way.

Other General Hospital spoilers say Jason will be a bit confused. Anna (Finola Hughes) just suggested he should look no further for Heinrik’s mother, so Jason will assume she’s offering herself as a decoy. Will Anna play along with that lie? It’ll drag out the drama, so it seems like the soapiest route GH could take!

It sounds like some great moments are coming up in Port Charles. We’ll give you updates as other GH details emerge. Stay tuned to the ABC soap and don’t forget to check CDL often for the latest General Hospital spoilers, updates and news.