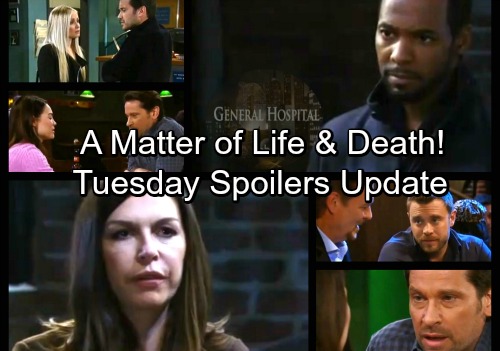 General Hospital (GH) spoilers update for Tuesday, February 27, tease that Drew (Billy Miller) will sit down for an interesting discussion with Jim Harvey (Greg Evigan). He may mention his memory mission and ask for clues to point him in the right direction. Drew would love to hear anything Jim might be able to offer about his childhood.

Of course, it seems likely that Jim tormented Drew when he was a boy and let Franco (Roger Howarth) take the blame. If Jim offers any info, it certainly won’t be the whole story! Elsewhere, Franco will feel the pressure rising. As their wedding draws near, Liz (Rebecca Herbst) will notice that Franco’s on edge. She’ll push him to open up, but Franco won’t be able to share his painful confession. 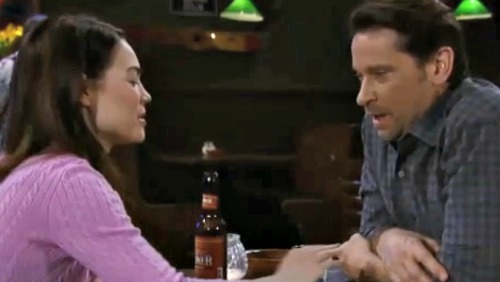 Anna may mention Faison’s (Anders Hove) diagnosis. Since Faison had Huntington’s disease, Nathan (Ryan Paevey) could’ve inherited this brain disorder and passed it on to his baby. It’s obviously something that Maxie deserves updates on. 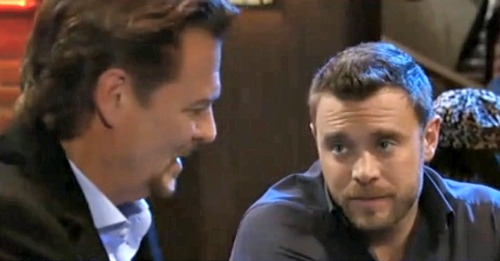 Afterward, Anna and Andre (Anthony Montgomery) will meet up. General Hospital spoilers say they’ll talk about a life-threatening matter. It appears Anna will need Andre’s assistance as she looks for her daughter. She may want to give her a warning about Huntington’s and just see how she’s doing overall. Anna can’t help but wonder what became of the little girl she gave up years ago.

However, Valentin (James Patrick Stuart) probably lied to keep his alliance under wraps. He’s been working with Peter (Wes Ramsey), so he definitely wants to lead Anna away from Heinrik. Across town, Peter will be there for Maxie. As she struggles to cope with Nathan’s demise, Maxie will ask about the awful circumstances Peter’s faced. She’ll suggest she can’t be the only one with problems. 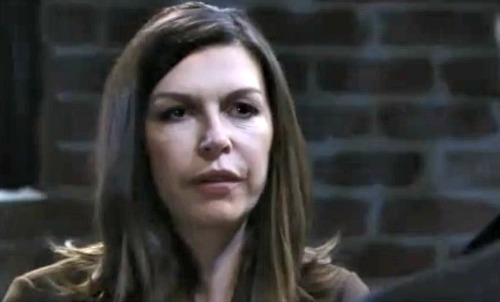 Peter may give Maxie the gist of his story like he once gave Lulu (Emme Rylan), but he’ll be careful not to spill too much. At the police station, Dante (Dominic Zamprogna) will encourage Lulu to question Peter’s motives. He’ll think Peter may be using Lulu to get what he wants – which is often a hot story.

Lulu will most likely defend Peter as a supportive boss and even a kind friend. She doesn’t know he’s been deceiving nearly everyone in Port Charles! We’ll keep you posted as other General Hospital news comes in. Stay tuned to ABC’s GH and don’t forget to check CDL often for the latest General Hospital spoilers, updates and news.