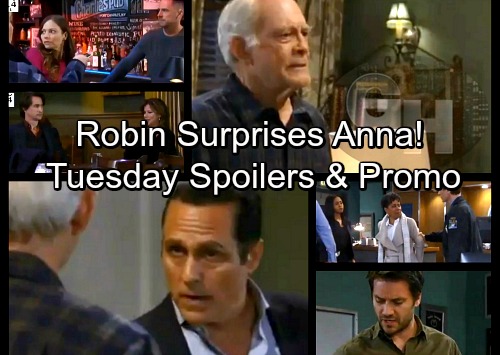 General Hospital (GH) spoilers for Tuesday, February 6, tease that Anna (Finola Hughes) will continue to seek answers about Heinrik. As she mulls over her investigation with a glass of wine, Anna will get a big surprise. She’ll be caught off guard when Robin (Kimberly McCullough) walks in. Since Nathan’s (Ryan Paevey) funeral is looming, Robin thought she should be around for it.

Anna’s strange mood will leave Robin suspicious. Robin will sense that something’s up, but Anna won’t divulge much. General Hospital spoilers state that Robin will gather a few clues, but she may not put them all together yet. Anna will certainly do her best to leave Robin out of the loop for now. 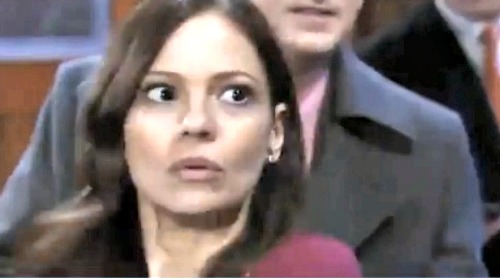 Across town, Alexis (Nancy Lee Grahn) and Finn (Michael Easton) will have a heartfelt chat. They’ll discuss all their drama and look to the future. Alexis will suggest that if she can survive Julian (William deVry), she can survive anything. Finn will also try to find a new path and stay on it.

Other General Hospital spoilers say Julian and Kim (Tamara Braun) will share some flirty moments. Unfortunately, an unexpected interruption will get Julian riled. It appears Jim Harvey (Greg Evigan) may be to blame for Julian’s next outburst. 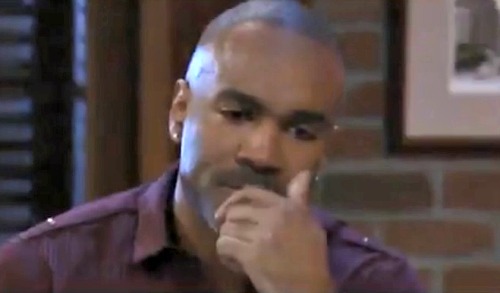 Meanwhile, Curtis (Donnell Turner) and Jordan (Vinessa Antoine) will join forces for a mission. GH fans will definitely see some shockers along the way. One of those shockers will involve Stella’s (Vernee Watson) arrest. Jordan and Curtis will try to get her out of trouble, but Stella’s smart mouth won’t do her any favors. Nevertheless, they’ll all team up to help TJ (Tequan Richmond) soon.

Dante (Dominic Zamprogna) will also face some struggles at the police station. He’ll clean out Nathan’s stuff as he reflects on his friend’s death. Dante will feel like he just lost a brother. The upcoming funeral is sure to be tough on Nathan’s loved ones, so be prepared for some waterworks. 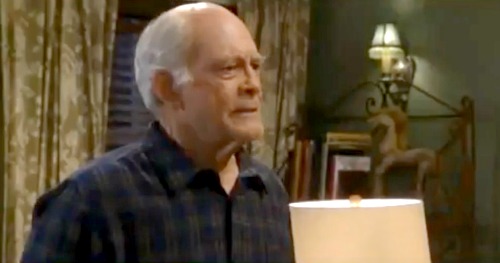 Finally, Sonny (Maurice Benard) will attempt to pry info out of Mike (Max Gail). They’ll get into a shouting match as Sonny pushes for the truth. He’ll just want to know what Mike did with the money. Mike’s secretly battling some health woes, so maybe there’s a more sympathetic side to the story.